Christian Albert Gaza, more popularly known as Xian Gaza, shared a series of Facebook posts after two investors sought for his arrest in a radio show in the Philippines.

According to a report by ABS-CBN, authorities are now looking for the Chinese businessman after Jaime Asuncion and Melinda Cruz called DZMM’s Lingkod Kapamilya.

The two said Gaza allegedly duped them into lending him at least P3 million.

Asuncion and Cruz said Gaza can no longer be found after Branches 26 and 120 of Malabon Metropolitan Trial Court released two warrants of arrest against him for violations against Batas Pambansa (BP) 22 or the Anti-Bouncing Checks Law.

After the issue erupted, Gaza seemingly took the accusations lightly and posted several photos poking fun at his case. 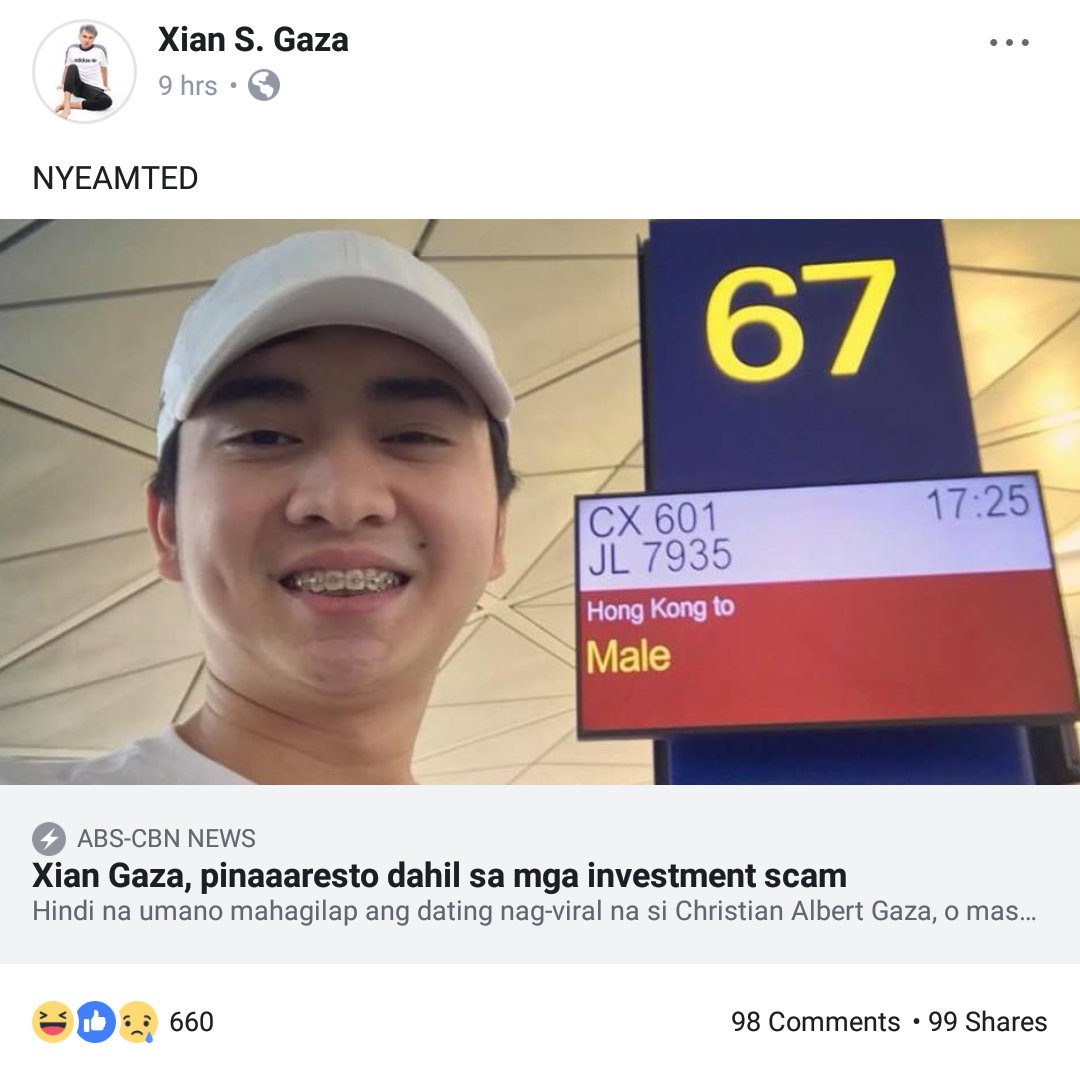 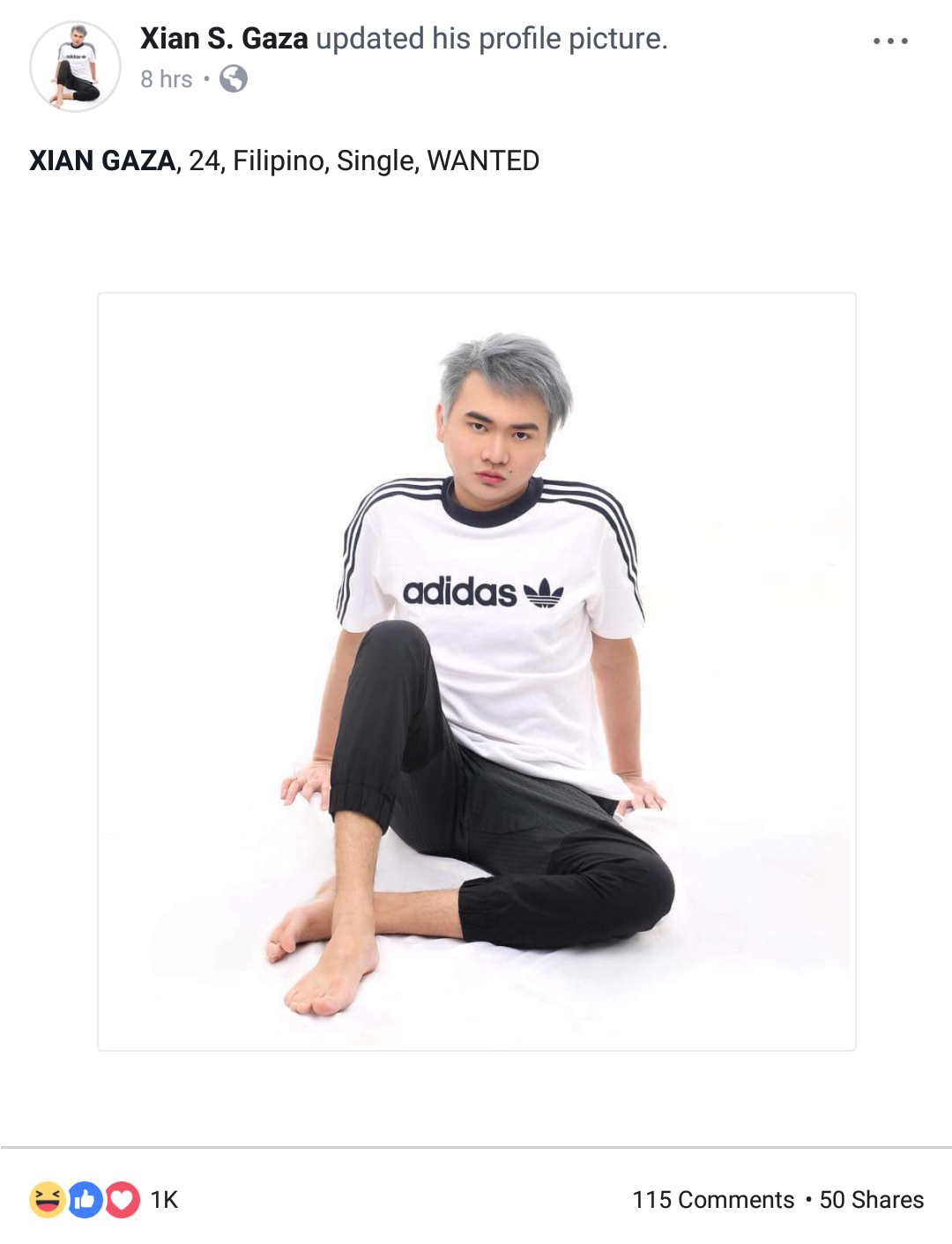 He then posted a throwback photo of him looking despondent as he said sorry to his two victims. 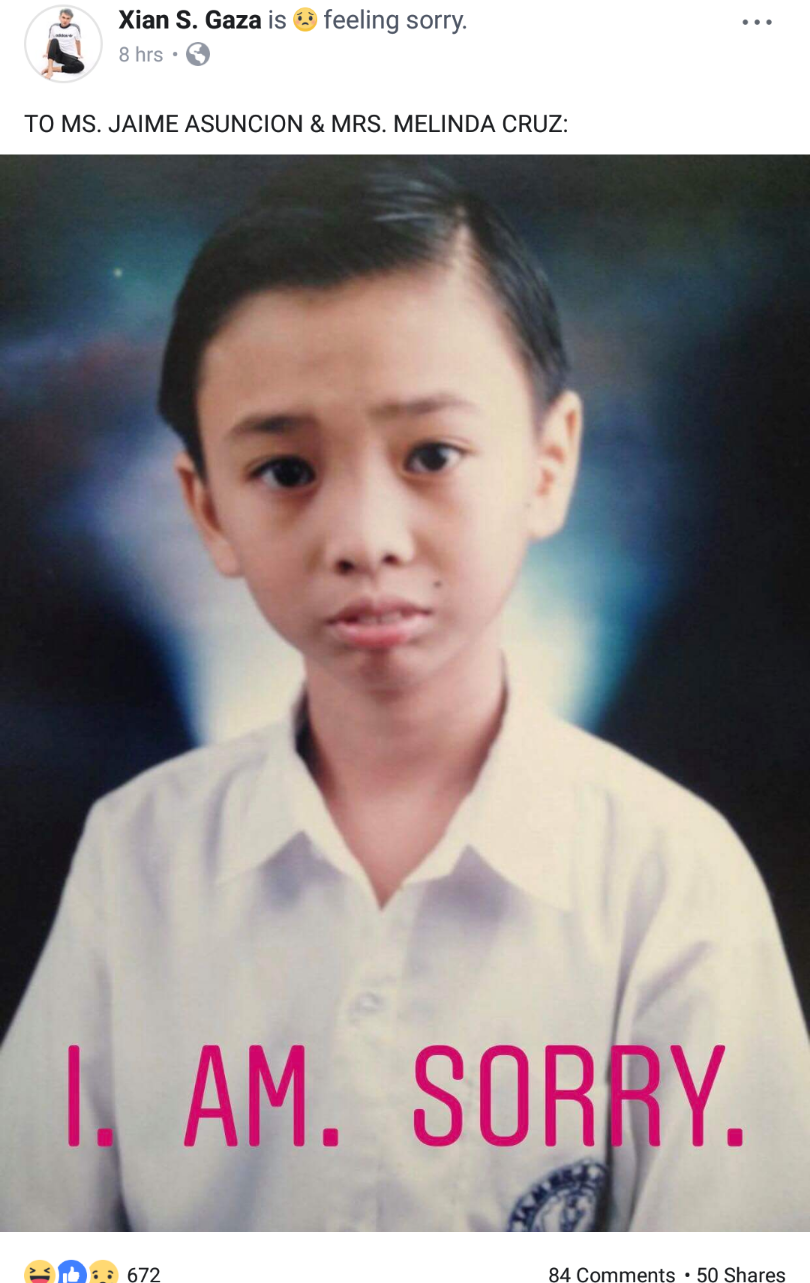 He also shared a screengrab of his text conversation with an anonymous friend. In the convo, Gaza was bidding his friend goodbye as he feels he will be “going to jail” soon. 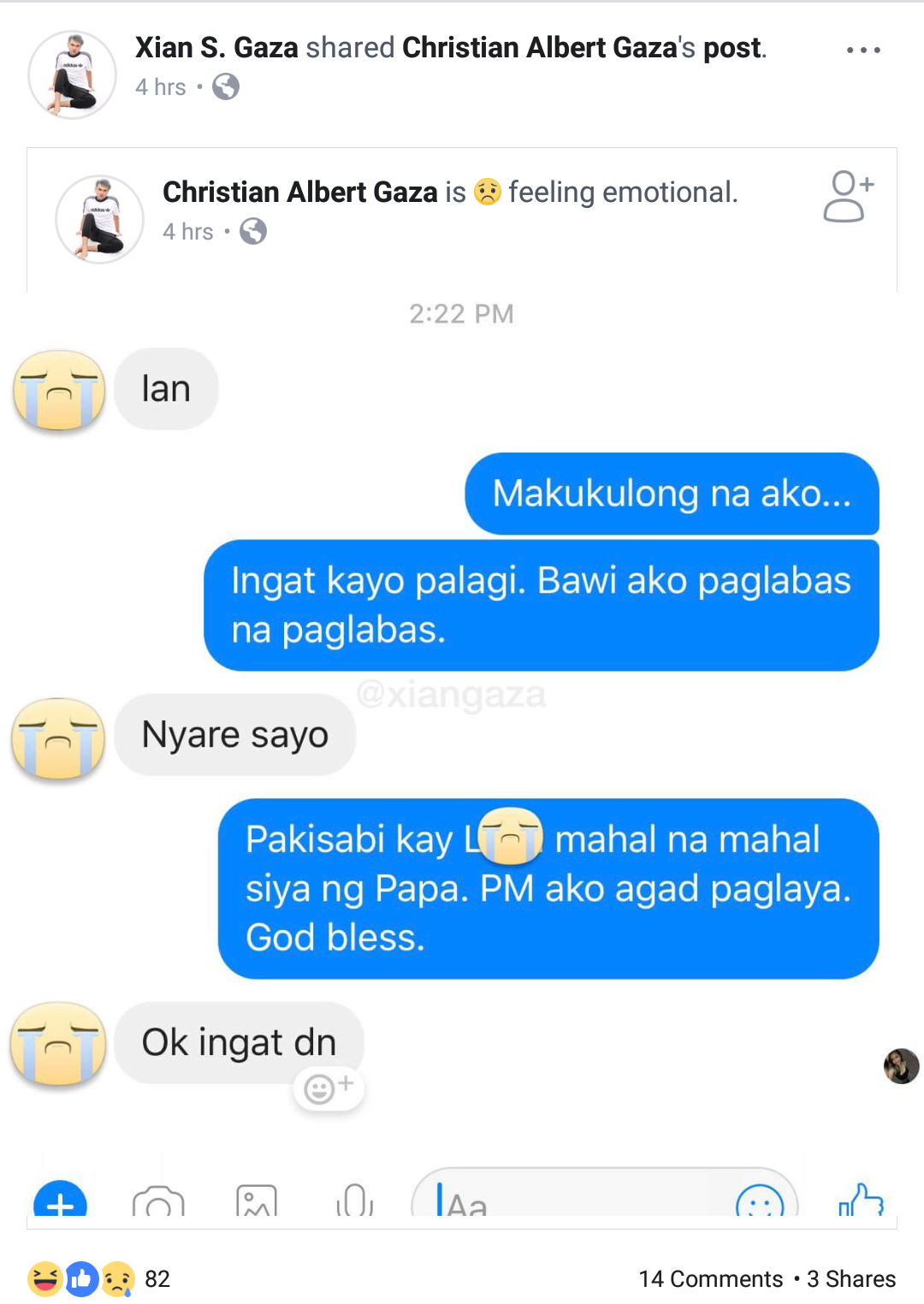 In another post, Gaza said that he is off to the New Bilibid Prison to surrender himself. 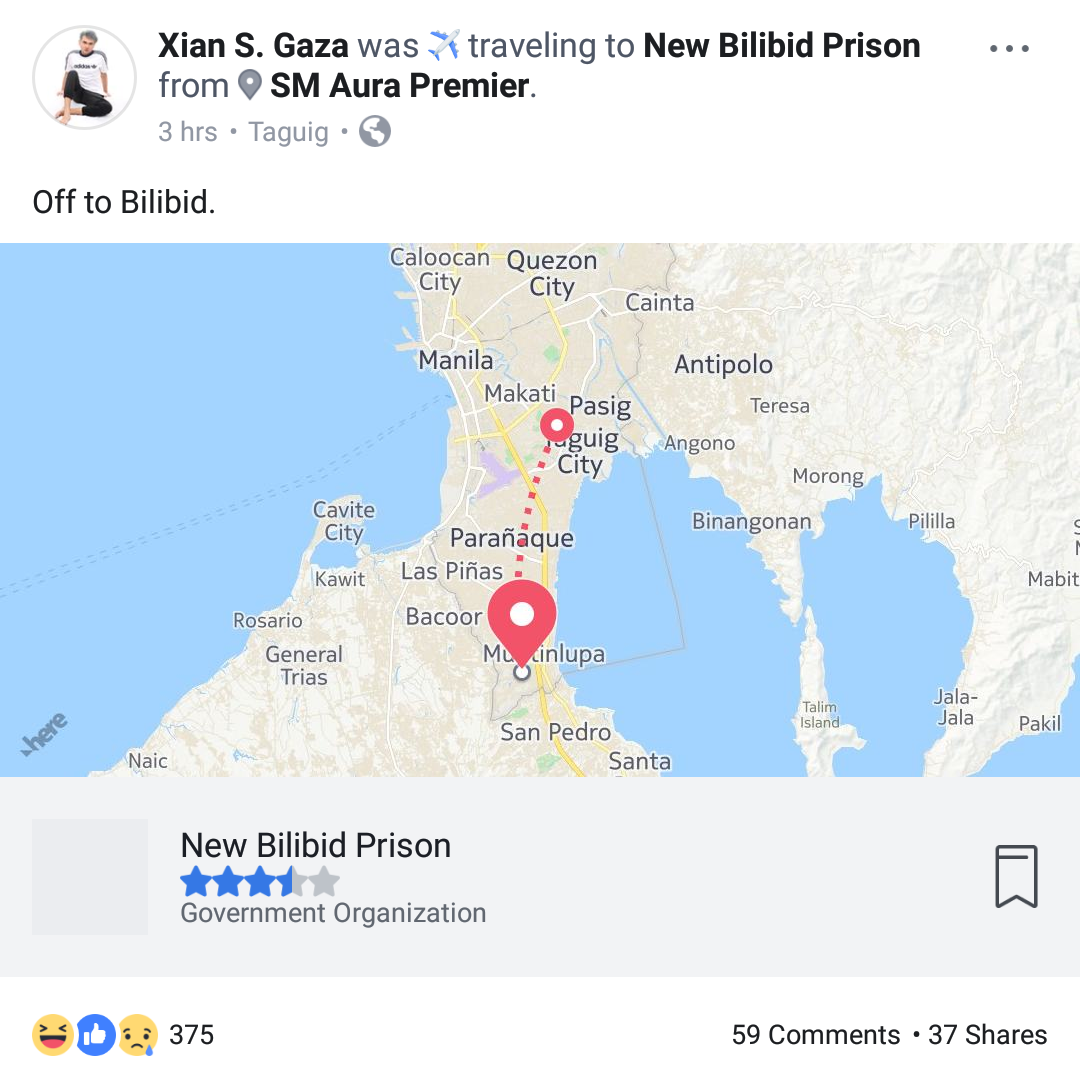 He continued on by creating an event and a poll on Facebook regarding his arrest. 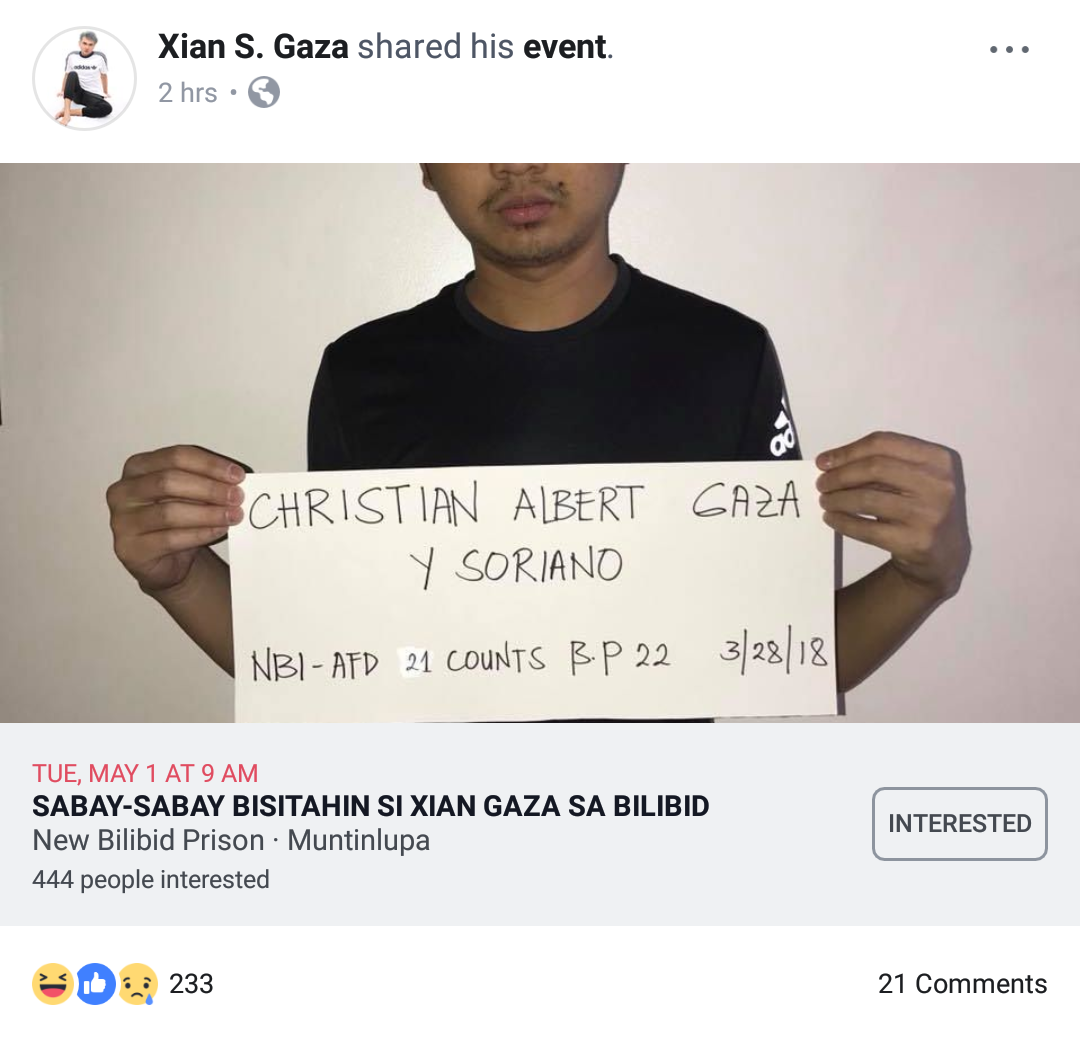 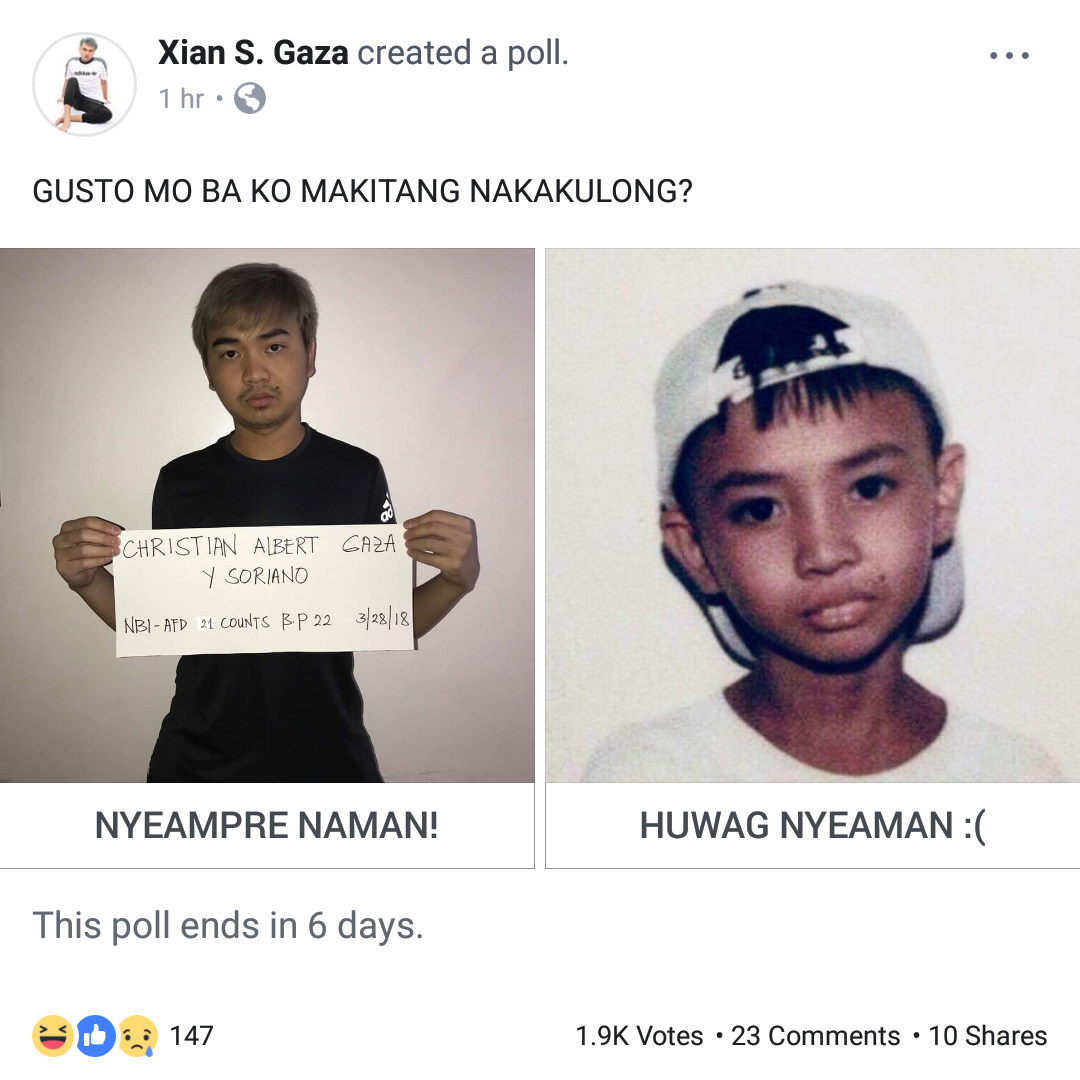 This isn’t the first time Gaza’s name has been involved in a scam issue. Several netizens have aired out their dealings with Gaza.

One of them is Dewanie Catapang who claimed to have worked with Gaza for the “Haiyan Shirt Project”. According to Catapang, the project never took off and she did not get paid for her work in the said project.

Gaza, president and CEO of Hongkong-based Guanxiqian Group, made rounds on social media last year when he asked actress Erich Gonzales to go on a date with him by putting up a huge billboard in Morayta, Manila.