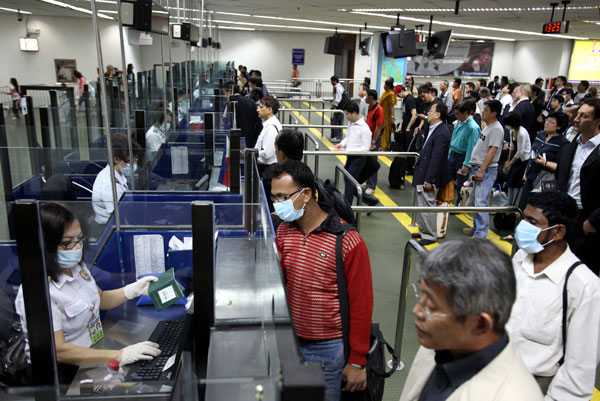 The Bureau of Immigration (BI) has announced that 9,000 foreign nationals were barred from entering the country in 2016 to “reinforce border security.”

According to the report published by Business World, a total of 2,034 Chinese nationals were denied entry to the Philippines last year, followed by Indians (269), Vietnamese (179), Americans (163), and Indonesians (119).

The total number of these foreigners last year, at 9,738, is 75% more than the figure in 2015, Immigration Commissioner Jaime H. Morente said in the statement.

Foreigners may also be refused entry “if, based on the immigration officer’s assessment, his presence here is considered inimical to the national interest or a threat to public health and safety.”

“That we were able to stop these unwanted aliens from entering our borders is proof of our continued vigilance in the discharge of our mandate as gatekeepers of the country,” Mr. Morente said.