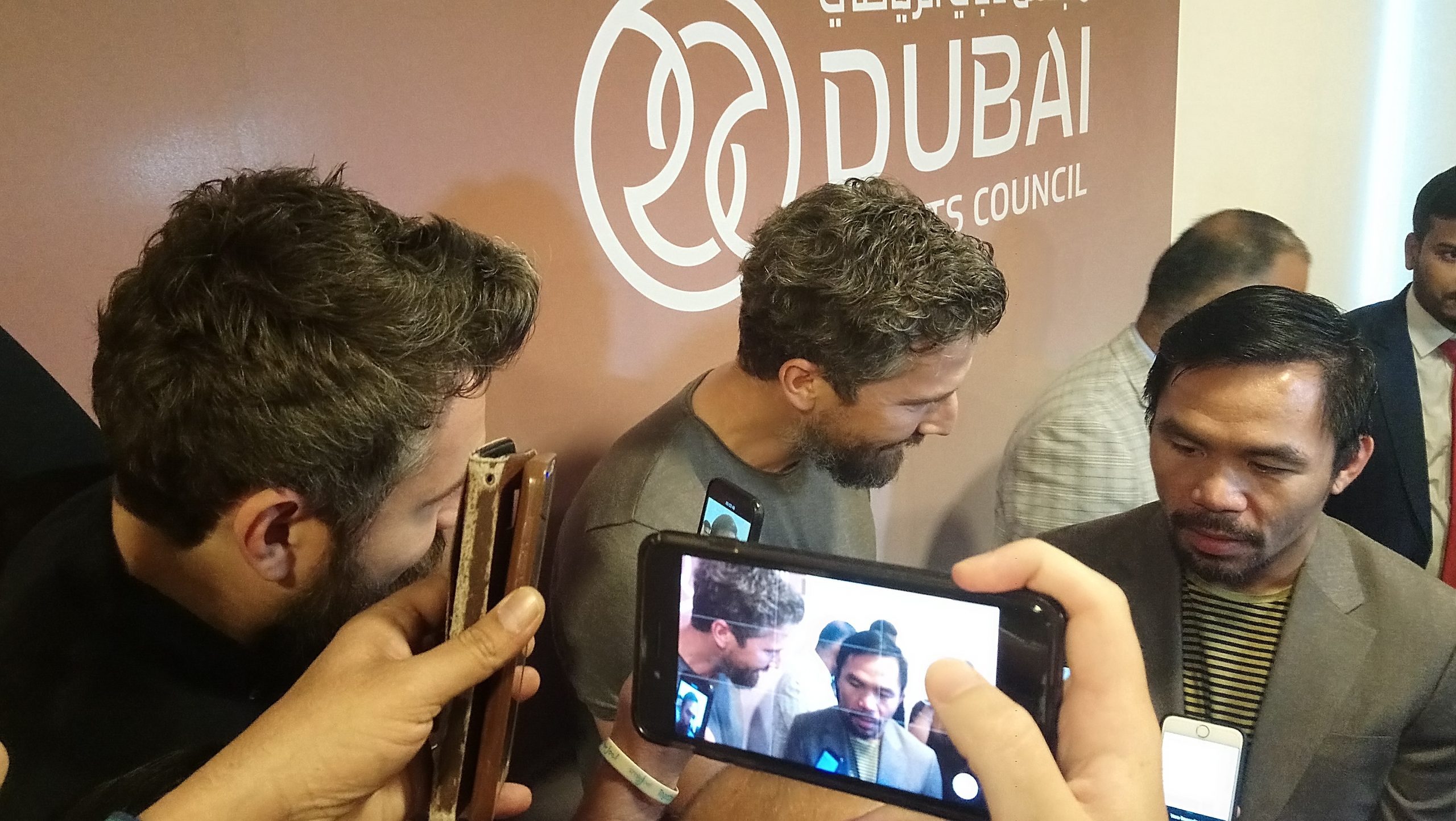 DUBAI: Filipino boxing icon, Sen. Manny Pacquiao today told an eager crowd he is considering a boxing match sometime next year in this international city that never sleeps, suggesting he may reopen negotiations with Amir Khan regarding a possible showdown.

The famed boxer-turned-lawmaker made this disclosure at Dubai Sports Council on the eve of  this weekend’s Maharlika Pilipinas Basketball League (MPBL) event at Hamdan Sports Complex where he, MPBL founder,  will play two exhibition matches tomorrow and on Saturday.

Pacquiao, 40, told reporters: “I’m planning for next year; trying to make it for next year with a possible opponent. Especially Amir Khan wants to fight me. We will talk again. It would be a good fight.”

Khan, 32, has claimed a few months back in July that a fight between the former sparring partners had been confirmed for November 8 in Saudi Arabia.