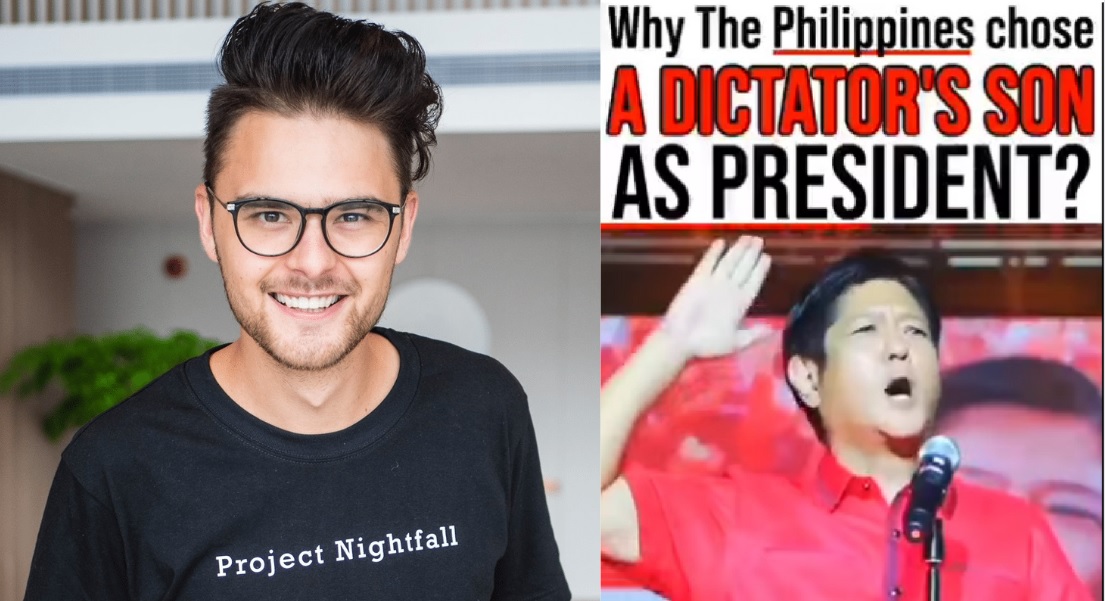 Project Nightfall Content creator has apologized after an online backlash over a video on Ferdinand “Bongbong” Marcos Jr.

The apology came from Polish content creator Agon Hare of Project Nightfall over the video on Philippine elections that drew flak from Marcos’s supporters.

On May 13, Hare posted a video titled “Why the Philippines chose a dictator’s son as president?” in which people’s faces were blurred for safety purposes.

“I made a mistake and I’d like to apologize to everyone affected by it. Especially those who have been threatened for their opinions. We wanted to give spotlight to BOTH sides, and simply allow people to speak how they feel,” he wrote in his apology on Facebook. 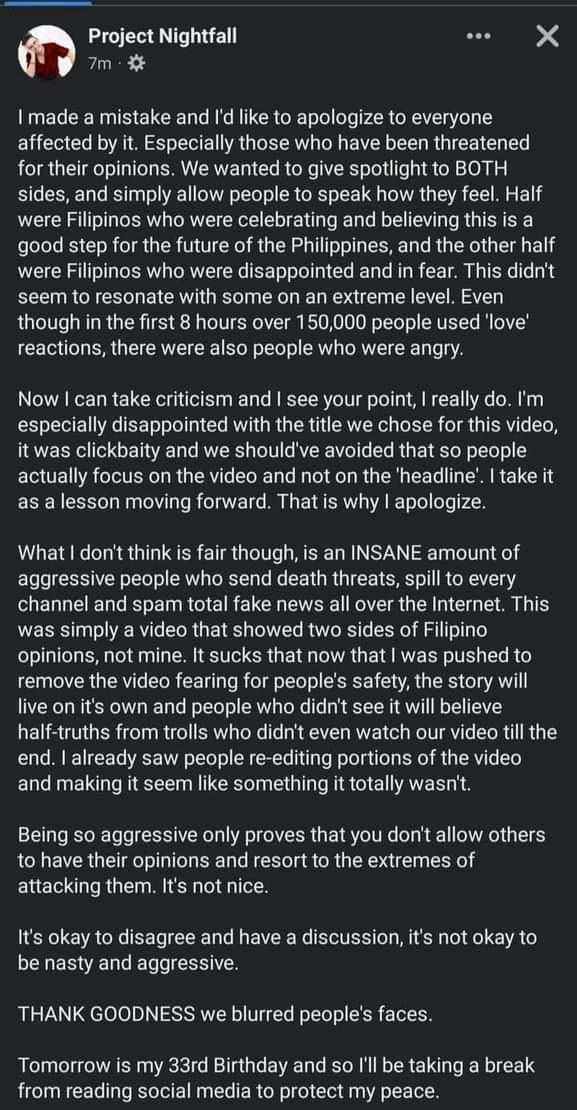 About the title he said, “We should’ve avoided that so people actually [focused] on the video and not the ‘headline.’ I take it as a lesson moving forward.”
He said he was concerned about the interviewees’ safety.

“What I don’t think is fair though, is an INSANE amount of aggressive people who send death threats, spill to every channel, and spam total fake news all over the Internet,” he said.

“This was simply a video that showed two sides of Filipino opinions, not mine. It sucks that now that I was pushed to remove the video fearing for people’s safety,” Hare added.

Some Filipinos in the comments told Hare to stay out of the country’s politics.

This website uses cookies to improve your experience while you navigate through the website. Out of these, the cookies that are categorized as necessary are stored on your browser as they are essential for the working of basic functionalities of the website. We also use third-party cookies that help us analyze and understand how you use this website. These cookies will be stored in your browser only with your consent. You also have the option to opt-out of these cookies. But opting out of some of these cookies may affect your browsing experience.
Necessary Always Enabled
Necessary cookies are absolutely essential for the website to function properly. These cookies ensure basic functionalities and security features of the website, anonymously.
Functional
Functional cookies help to perform certain functionalities like sharing the content of the website on social media platforms, collect feedbacks, and other third-party features.
Performance
Performance cookies are used to understand and analyze the key performance indexes of the website which helps in delivering a better user experience for the visitors.
Analytics
Analytical cookies are used to understand how visitors interact with the website. These cookies help provide information on metrics the number of visitors, bounce rate, traffic source, etc.
Advertisement
Advertisement cookies are used to provide visitors with relevant ads and marketing campaigns. These cookies track visitors across websites and collect information to provide customized ads.
Others
Other uncategorized cookies are those that are being analyzed and have not been classified into a category as yet.
SAVE & ACCEPT
173 shares
Close