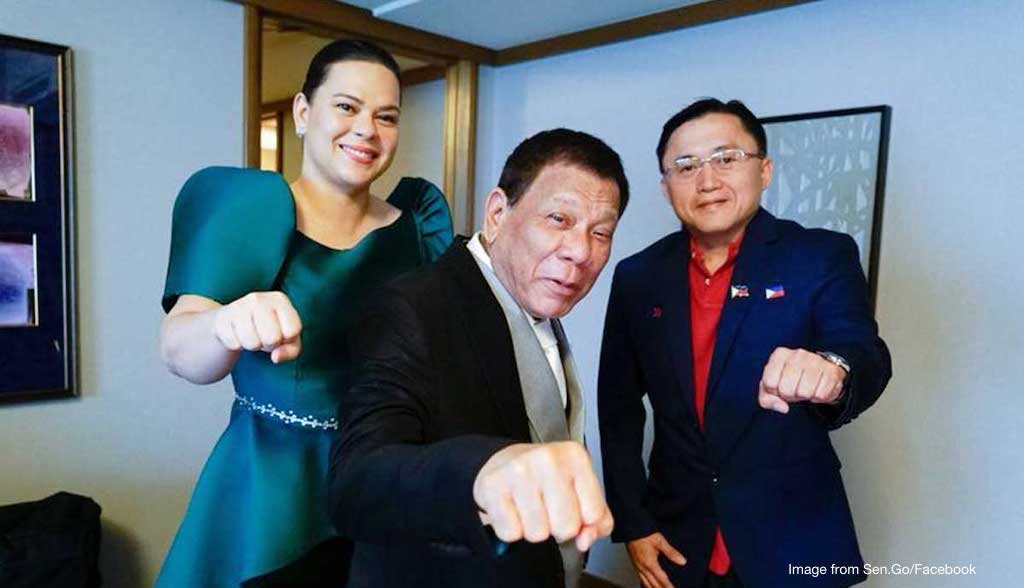 Go told reporters that his offer was made after several politicians presented themselves as Sara’s running mate.

“When I learned that there were some aspirants who wish to be Mayor Sara’s VP in case she runs for the presidency, I expressed my willingness to be considered in her list of choices, nagpalista lang din ako gaya ng iba,” he said.

Go clarified that his devotion with President Rodrigo Duterte is also the same to his children including Sara.

Go said he wanted Sara to achieve her dreams for the country either as vice president or as a campaigner.

He clarified that he will only run if President Duterte will not run for the second top post.

“Of course, my intent to run as Mayor Sara’s VP only holds if she decides to run for the presidency and if President Duterte does not run for the vice presidency,” Go said.

Go insists he is not interested in running for president in 2022.