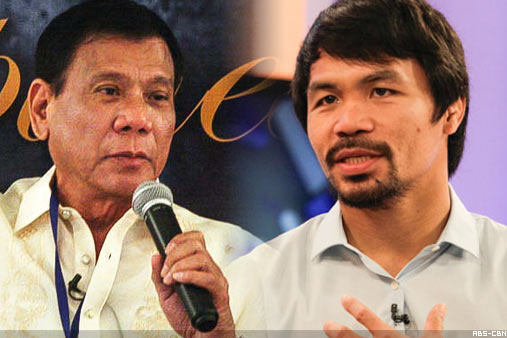 Duterte earlier said the Philippines will not go to war with China adding that the country owes a big debt to the Asian superpower over COVID-19 vaccine donations.

RELATED STORY: Locsin to China: What are you doing to our friendship?

The lawmaker, who serves as President of the ruling party PDP-Laban, said he finds Duterte’s stance discouraging and far different from his remarks during the 2016 elections.

Pacquiao recalled that the President vowed to ride a jetski going straight to the Spratlys Islands to plant the Philippine flag there.

Pacquiao added that he plans to include his name as co-author of the Senate resolution filed last week denouncing China’s incursions in the West Philippine Sea.

According to the lawmaker, he earlier wrote to Chinese Ambassador Huang Xilian demanding China to withdraw its ships from the disputed waters. (RA)