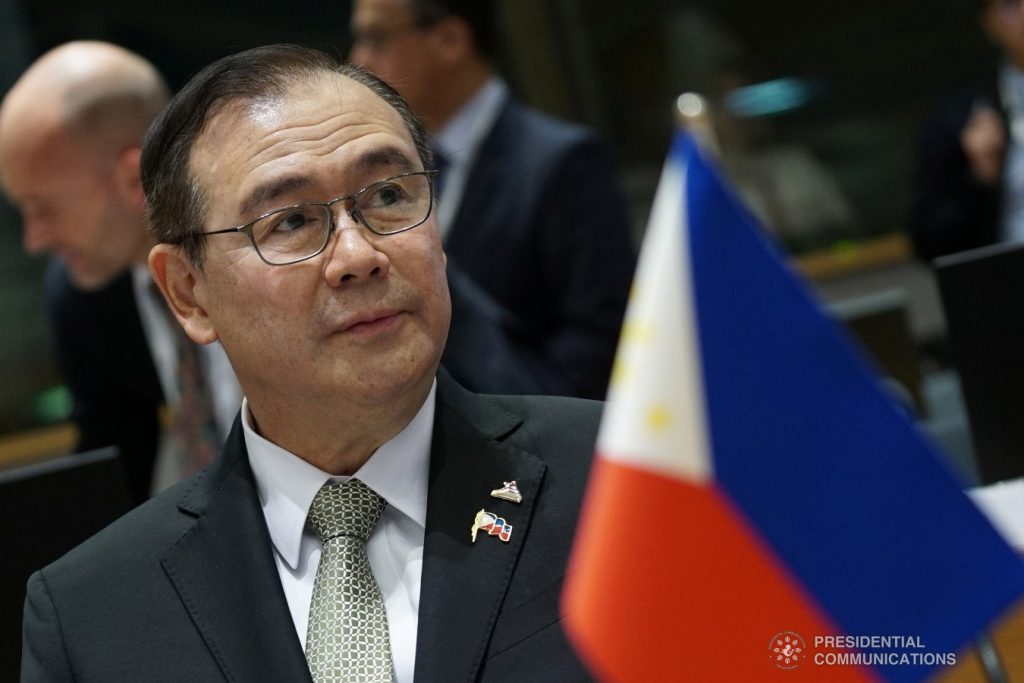 “What are you doing to our friendship? You. Not us. We’re trying. You. You’re like an ugly oaf forcing your attention on a handsome guy who wants to be a friend; not to father a Chinese province,” Locsin said in a tweet.

The tweet comes after the DFA filed two new diplomatic protests against Beijing.

“The Department of Foreign Affairs (DFA) has protested the shadowing, blocking, dangerous maneuver, and radio challenges by the Chinese Coast Guard (CCG) of the Philippine Coast Guard (PCG) vessels conducting legitimate maritime patrols and training exercises in the vicinity of Bajo de Masinloc on 24 to 25 April 2021,” the DFA said in a statement.

“The Philippines calls on China to withdraw its government vessels around the KIG (Kalayaan Island Group) and Bajo de Masinloc and respect Philippine sovereignty,” it added.

The DFA also rejected the statement of the spokesperson of the Chinese foreign ministry that China “enjoys sovereignty” over Bajo de Masinloc, saying such a claim is “without basis” under international law.