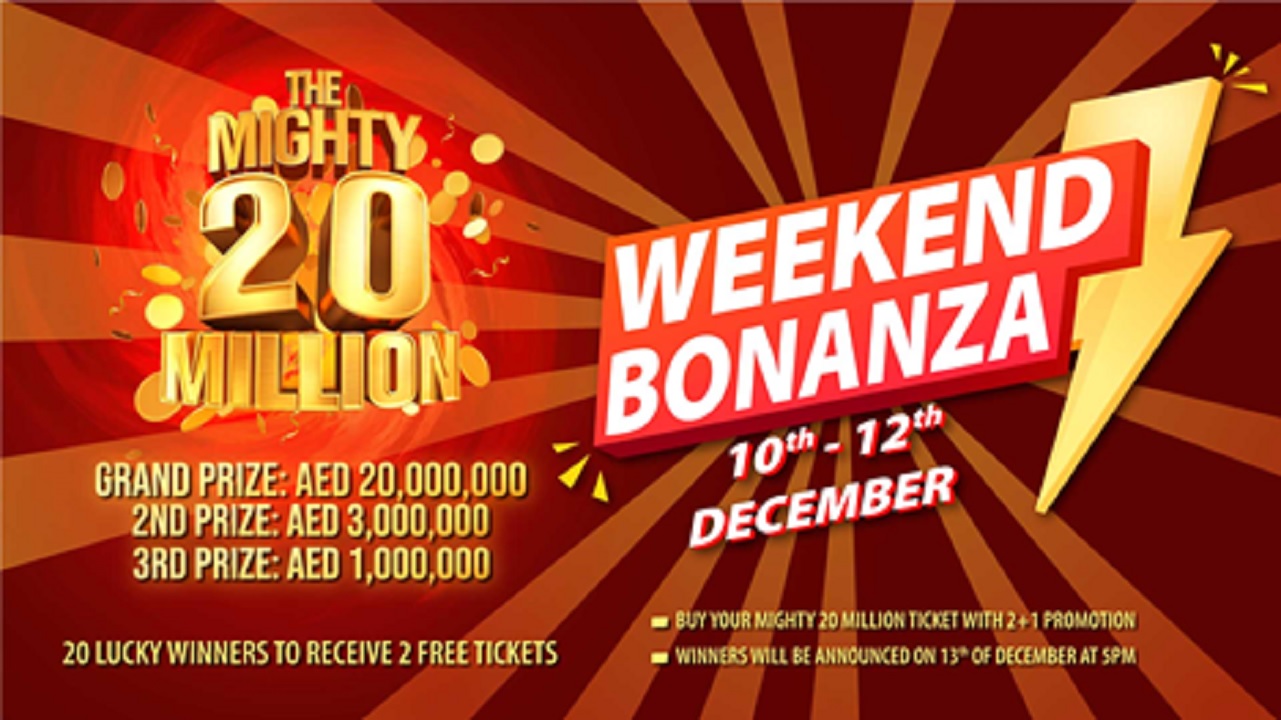 In the spirit of the Festive season, Big Ticket never ceases to amaze and create more opportunities for their loyal customers to turn their dreams into reality, so the Weekend Bonanza is back with a bang! Big Ticket has just launched a Weekend Bonanza from Thursday 10th December (12.01am) to Saturday 12th December(11.59pm). Make it a date to purchase the Big Ticket Buy 2 get 1 Free offer during this Weekend Bonanza period and stand a chance to win a pair of tickets for our Mighty 20 Million draw, 3rd of January. We will have 20 winners of 2 free Big Tickets each!

Remember the Mighty 20 Million promotion has THREE GUARANTEED MILLIONAIRES, one winner will take away the whopping grand prize of AED20 million, followed by a 2nd prize of AED3 million, 3rd prize of AED1 million, plus four extra cash prizes and a Dream Car promotion prize. We have increased the chances for you to be one of the THREE millionaires by bringing back the Weekend Bonanza this weekend. There is no better way to finish 2020 than to be part of the Big Ticket winning team.

Here are the mechanics: