Mattar Mohammed Al Tayer, Director-General and Chairman of the Board of Executive Directors of the Roads and Transport Authority, RTA, has held a coordinative meeting with Lieutenant General Abdullah Khalifa Al Marri, Commander-in-Chief of Dubai Police, and discussed the cooperation between RTA and Dubai Police in operating the E-scooter and enacting legislation and laws to boost the safety of cycling tracks users.

The move is in line with the directives of H.H. Sheikh Hamdan bin Mohammed bin Rashid Al Maktoum, Crown Prince of Dubai and Chairman of Dubai Executive Council.

The meeting reviewed RTA’s plans to build more cycling tracks. The two parties also discussed the Trucks Rest Stops project undertaken by RTA with the private sector and other projects relating to improving the quality of life in the city.

The meeting is part of the periodic meetings held by the two parties to promote their cooperation in common fields relating to the security and safety of roads and public transport systems in the Emirate. These meetings aim to live up to the set strategic performance indicators and fulfill the strategic targets of the Dubai Traffic Safety Strategy 2017-2021.

The delegation of the Dubai Police GHQ reviewed RTA’s plan for constructing cycling tracks to improve the quality of life of the city, enhance the happiness of residents, and assist the migration to sustainable transport.

So far, cycling tracks constructed in Dubai extend 425 km and the plan is to extend them further to 647 km by 2025. Through constructing cycling tracks, RTA aims to facilitate the link of Dubai’s hotspots with various public transit means.

The two parties reviewed the trial-run of the E-Scooter, an individual means of transport that is increasingly being used worldwide as a solution to the first and last-mile challenge. RTA plans to operate the e-scooter at five zones in Dubai early next week, namely the Mohammed bin Rashid Boulevard, Dubai Internet City, 2nd of December St, Al-Rigga and Jumeirah Lake Towers.

READ ON: Dubai to transform to a ‘bicycle-friendly’ city – Sheikh Hamdan bin Mohammed

The meeting discussed the movement of trucks which make more than 145 thousand trips lifting about 3 million tonnes of cargo around Dubai every day. They also discussed the projected traffic of trucks in future. RTA reviewed the Integrated Trucks Rest Stop at Dubai land, nearby the Emirates Road, constructed in partnership with the private sector. It is the first integrated trucks rest stop that meets the basic daily needs of heavy vehicles in Dubai.

Al Tayer praised the deliverables of periodic meetings held with the Dubai Police and their role in cementing the partnerships between the two parties and stepping up cooperation in various fields, especially those relating to the road traffic safety.

Al Marri commended the efforts of the joint teams that contributed to making such coordination a reality in improved traffic safety and transport security in Dubai. 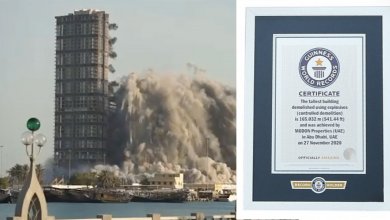 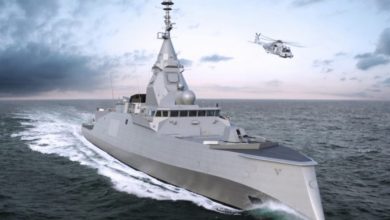 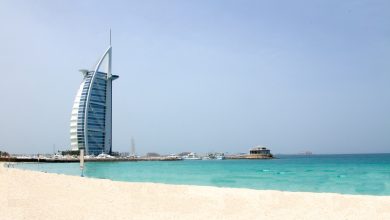