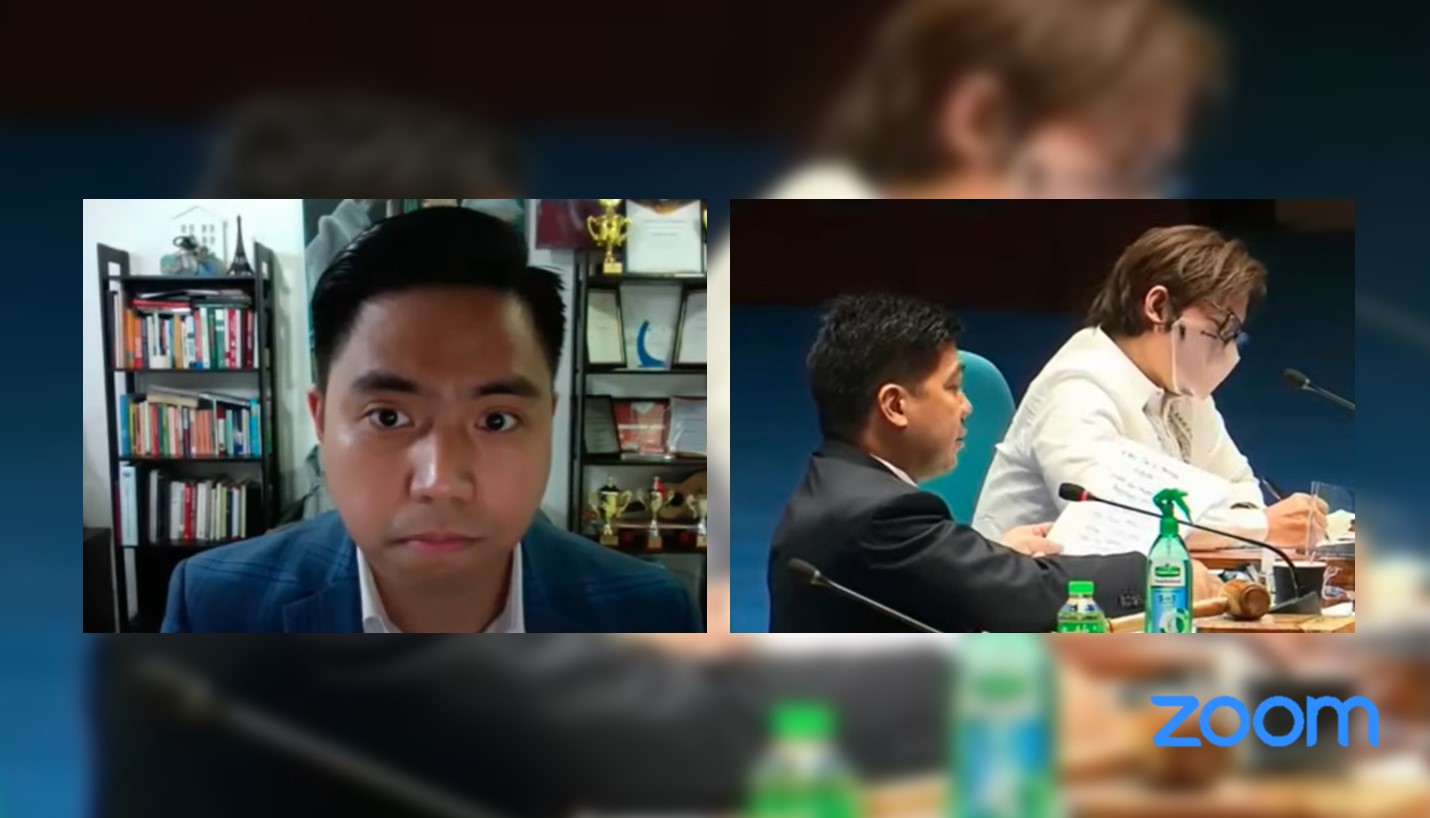 An Overseas Filipino Worker (OFW) in the UAE described the compulsory contribution currently being implemented by the Philippine Health Insurance Corporation (PhilHealth) “not just redundant but totally expensive”.

During the resumption of the house committee investigation last Tuesday, August 18, into alleged widespread corruption hounding PhilHealth, OFW Jay Tolentino was among migrant workers who were invited by lawmakers to share their insights on the 3 percent hike in OFW contribution to the state insurer.

Tolentino has been working in the UAE for the past five years as a financial planner. He represented the Filipino community in sharing their stand on the 3 percent increase in mandatory contribution.

“The 3 percent contribution is not just redundant but totally expensive,” the OFW said during the remote hearing.

In the emirate of Abu Dhabi, employers and sponsors are responsible for providing health insurance coverage for their employees and their families (1 spouse and 3 children under 18 years).

Tolentino explained to lawmakers that a minimum coverage for health insurance starts from AED150,000.

The OFW also showed during the House hearing a report of The Filipino Times in 2018 about some 450 Pinays being diagnosed with breast cancer every year. 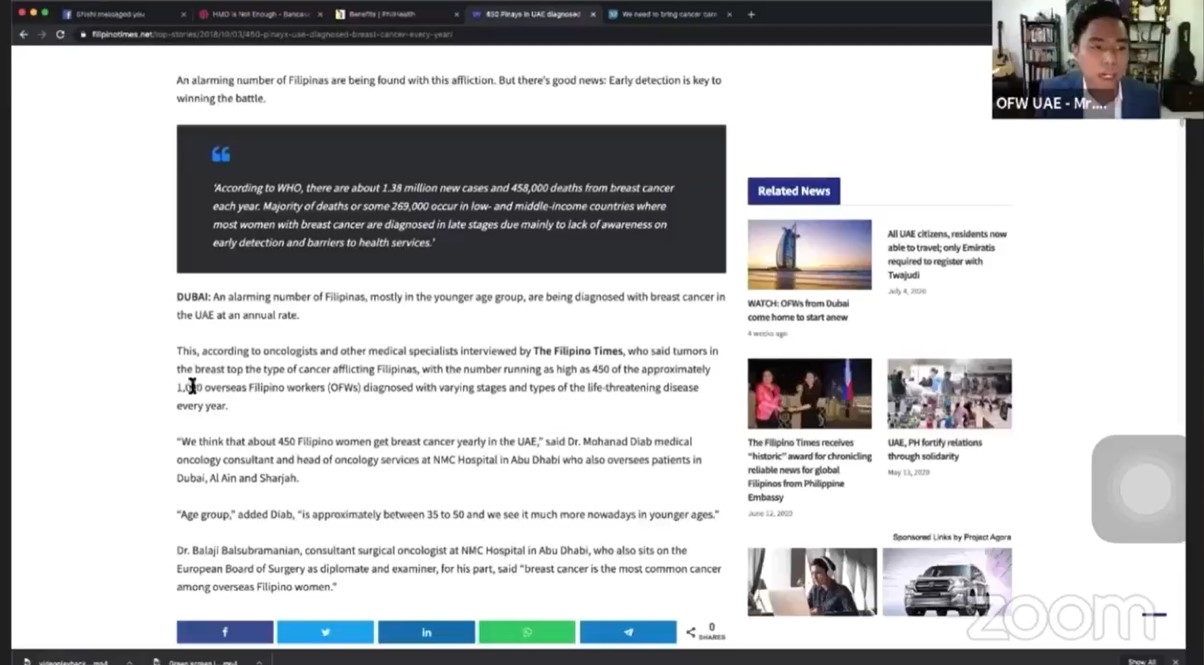 In the UAE, healthcare insurance covers around AED32,000 or roughly around Php424,000 chemotherapy expenses on the average. Tolentino compared it with Philhealth’s coverage for cancer patients which is only at Php100,000.

“We find it expensive and paying for 3 percent for an inefficient coverage,” he said.

Tolentino said that Filipinos abroad would also prefer to make PhilHealth payment voluntary rather than making it compulsory.

Meanwhile, PhilHealth said only 320,000 OFWs are actively paying their contributions out of more than 3 million registered members.

The House of Representative has approved a motion amending some provisions in the Universal Healthcare Law (UHC) to remove overseas Filipino workers as direct contributors to PhilHealth.

Under the UHC law, direct contributors are those with the means to pay premiums, are gainfully employed, and are bound by an employer-employee relationship.

Premium contributions increased from 2.75 percent to 3 percent of annual salary under this category.

The PhilHealth circular mandating the increase in premiums among OFWs received criticisms and even prompted President Rodrigo Duterte to suspend its implementation early this year.