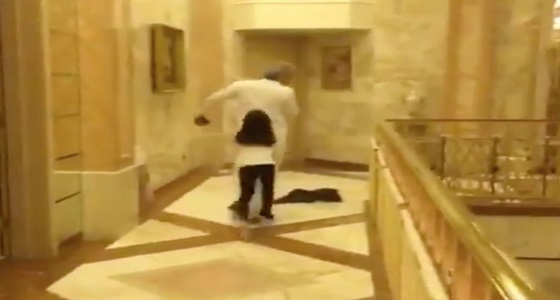 Saudi billionaire Prince Al Waleed bin Talal, one of the world’s richest persons, has filmed himself running away from his little granddaughter inside his palace in Riyadh.

The child, Noura, giggled loudly as she ran after her grandfather, who was seen taking off his coat as he laughed and tried to escape the girl.

“Noura is trying to pass her flu to me,” the Prince commented jokingly in the film which he published on social media networks.