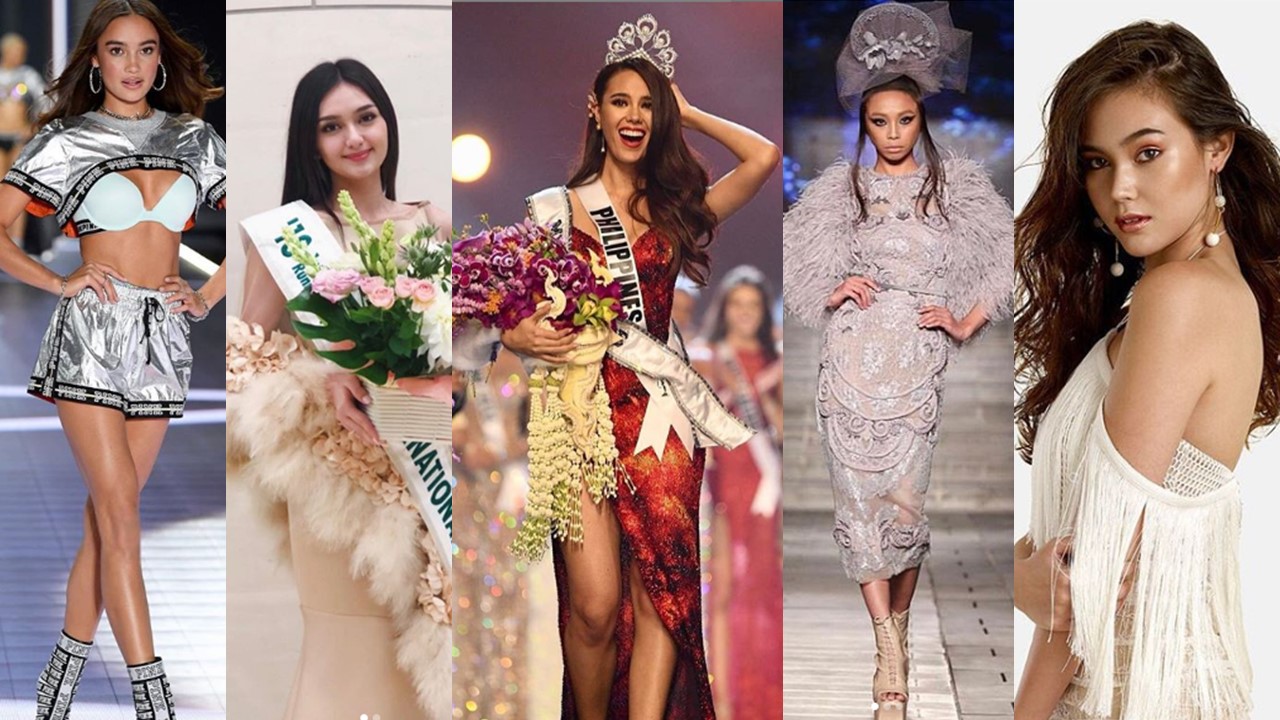 They say that women can conquer the world and these five beautiful and accomplished Filipina beauties proved just that. Geared by their beauty, wit, and determination, meet the women who raised the Philippine flag high and made every Filipino proud with their achievements this year.

Filipino-Australian model and singer Catriona Gray has brought pride to the Philippines by bagging the crown in the Miss Universe 2018 beauty pageant held in Bangkok, Thailand, December 17.

A consistent fan favorite, Gray is the fourth Miss Universe from the Philippines, after Gloria Diaz (1969), Margie Moran (1973), and Pia Wurtzbach (2015).

Gray even became a trending topic on social media thanks to her signature “lava walk” and slow motion turn that even caught the attention of international supermodel Tyra Banks.

During the pageant, she was asked about the greatest lesson she has learned in her life and how she would apply that to her time as a Miss Universe titleholder.

Gray answered: “I work a lot in the slums of Tondo, Manila and the life there is very poor, it’s very sad, and I have always taught myself to look for the beauty in it, to look in the beauty of the faces of the children, and to be grateful. And I would bring this aspect as a Miss Universe to see situations with a silver lining and to assess where I could give something, where I could provide something as a spokesperson. And this I think if I could teach people to be grateful, we can have an amazing world where negativity could not grow and foster, and children would have a smile on their faces.”

Kapamilya star Maymay Entrata made the country proud after she became the first Filipina actress to walk in the prestigious Arab Fashion Week in Dubai on November 21.

Entrata looked like a seasoned high-fashion supermodel as she walked down the runway at the Dubai Design District as the muse of AMATO Couture’s Pre-Fall 2019 collection.

The 21-year-old actress drew loud cheers and applause once she stepped on the runway.

She wore two creations by Dubai-based Filipino designer Furne One — one was a form-fitting cocktail dress with feathered sleeves, while the other one was a gray floor-length gown.

A total of 77 contestants from different countries competed for the highly coveted crown making it the year with the most delegates throughout the pageant’s history.

She also wowed pageant fans all over the world during the earlier portions which include the national costume, swimsuit, and long gown competitions.

Together with the other Top 8 finalists, Manalo delivered her final speech on what she would do if she will win the crown.

Manalo said: “Miss International is a celebration of youth and empowerment. I’ve always believed that age is not a barrier to reach our dreams or to have an impact on others. At 15, I started to help programs in my community for street children. At 19, I graduated college. At 20, I realized that I can speak for good causes to a wider audience, that’s why I joined our national pageant. If I become Miss International, I would continue being the voice of the youth in showing that nothing is impossible with hard work and determination. And with these beautiful ladies with me tonight – a family of beauty queens – all beautiful, young dreamers and achievers – we will show the world that it is love, peace, and beauty that we truly care about, and together, we shall make a difference.”

Filipino-American model Kelsey Merritt was an alluring stand out during her debut on the runway of Victoria’s Secret Fashion Show.

Merritt made history by becoming the first-ever Filipina to walk on the said show last November 9, but the televised version of the show was aired on December 2 on the US television channel ABS.

The said fashion show was held at Pier 94 in New York City and the Pampanga-based model walked during the PINK segment of the show, which is Victoria’s Secret line for young women.

Merritt was the fourth model to walk down the runway during the said segment as pop singer Bebe Rexha was belting her hit song “I’m A Mess”.

Donning a silver sportswear-inspired outfit with a light blue brassiere, Merritt strutted down the runway while smiling from ear to ear, blowing kisses to the audience members, and singing along to Bebe Rexha’s song.

The Philippine representative, Filipina-British model Adela-Mae Marshall, finished as a runner-up after she lost to Thailand’s Dana Slosar.

Slosar became the third Thai model to win the well-known reality modeling competition, after Jessica Amornkuldilok from Cycle 1 and Tawan Kedkong from Cycle 3.

Aside from Marshall, Taiwan’s representative Mia Sabathy was also a runner-up.

After the episode aired, Marshall took to Instagram to congratulate her fellow models and thank everyone who has helped and supported her throughout the competition.

“Sabi ko noon, ‘Laban Pilipinas,’ and kahit hindi ako manalo ngayon I will continue to try and represent the Philippines in the best way I can. Maraming maraming salamat sa suporta niyo. I’m sorry I couldn’t bring home the title for a back-to-back win but I hope I was able to show you na pusong Pinoy ako. I hope I was able to represent the Philippines well and I hope to be able to see you soon or maybe you’ll be seeing me,” she wrote.