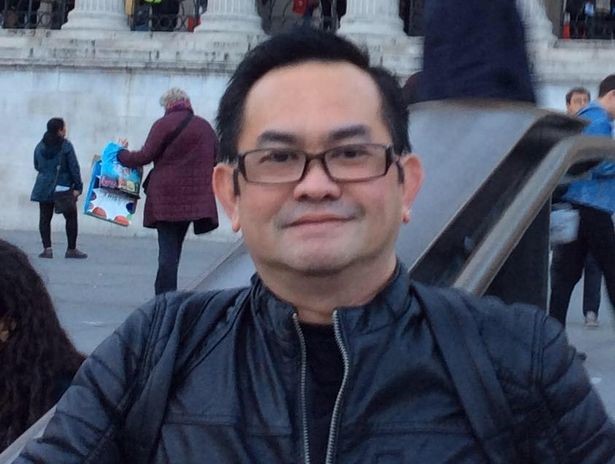 A Filipino nurse in the National Health Service in London who fought for his life alongside British Prime Minister Boris Johnson lost his battle with the coronavirus disease (COVID-19).
Larni Zuniga, 54, died in intensive care at London’s St Thomas’ Hospital, where he was being treated, according to The Mirror.
Zuniga died after a three-week battle with COVID-19. He was said to be “one of the sickest patients”, the report said citing The Daily Star.
He worked in the UK for 12 years and had not seen his family for five years. Before the disease struck him, he was in the process of petitioning for his wife Edith.
Tributes poured in for the Filipino nurse.
“Larni was a true professional, who touched the lives of many… He made a tremendous difference to a lot of people’s lives and he was highly respected by patients and colleagues alike,” Zuniga’s cousin was quoted as saying.
His friend Arnold Barrientos wrote on a GoFundMe charity page that he wanted to raise money to support Zuniga’s family in memory of “this hero.”
“Larni had absolutely sacrificed a lot for his family. He worked hard and he battled hard times of not seeing his family just to ensure a comfortable life for them,” Barrientos said.