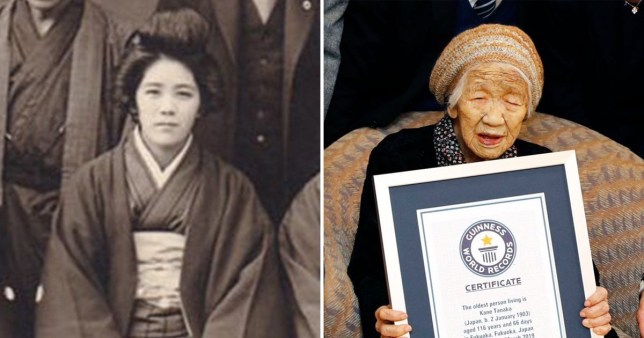 Kane Tanaka of Japan has  maintained her record as world’s oldest person as she celebrated her 117th birthday.
The event was marked by a party at a nursing home in Fukuoka, Japan.
Tanaka’s birthday was attended by the nursing home’s staff and friends, according to local broadcaster TVQ Kyushu Broadcasting Co.
Tanaka’s birthday was held on January 2. She said her birthday cake was ‘tasty’ and she even wanted some more.
Guinness World Records confirmed that Tanaka is the oldest living person.
Tanaka has four children; her fifth was an adopted child.