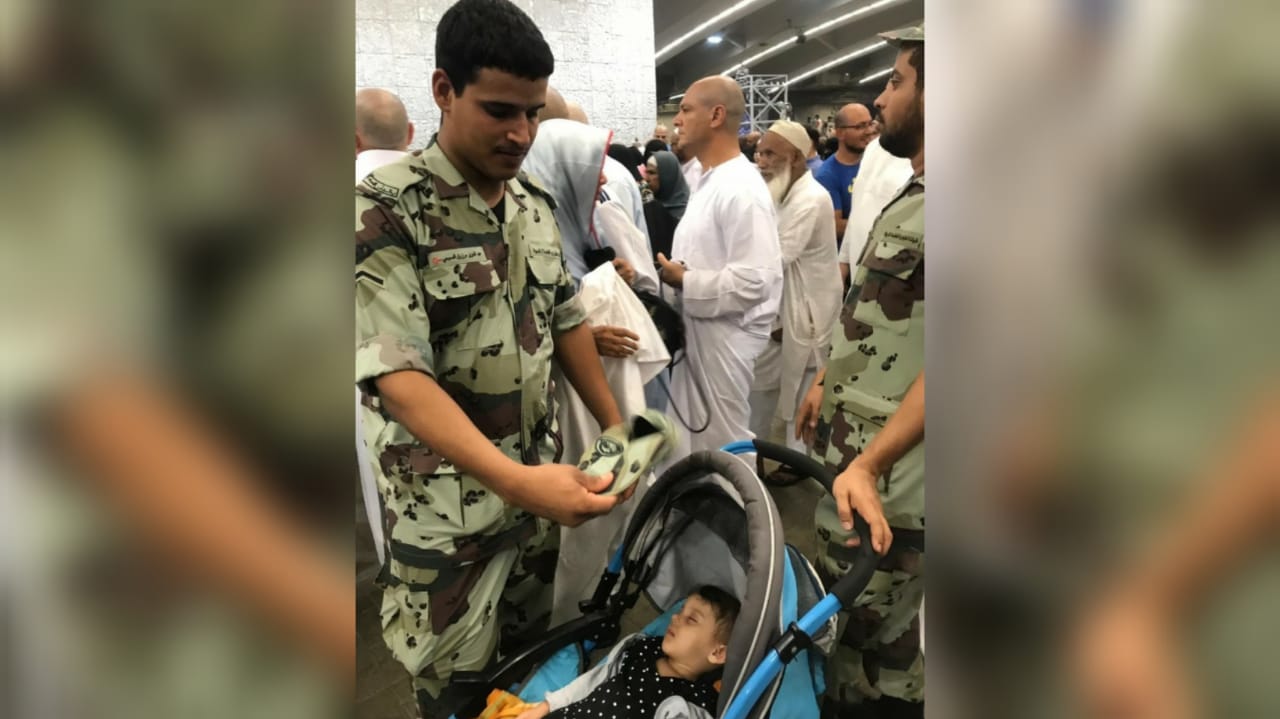 A Saudi policeman took time out of his duty to ensure security at the annual Muslim Hajj (pilgrimage) to ease the scorching summer heat for a baby.

A short film published by Saudi newspapers showed the cop using a piece of paper as a fan to provide some air for the baby who was seen staring at the policeman.

The papers said the film was seen by thousands of people who expressed admiration for the policeman.

The baby was brought by Saudi parents who were in Makkah to perform Hajj, the report said, adding that temperatures in Makkah soared above 45 Celsius on Monday noon.