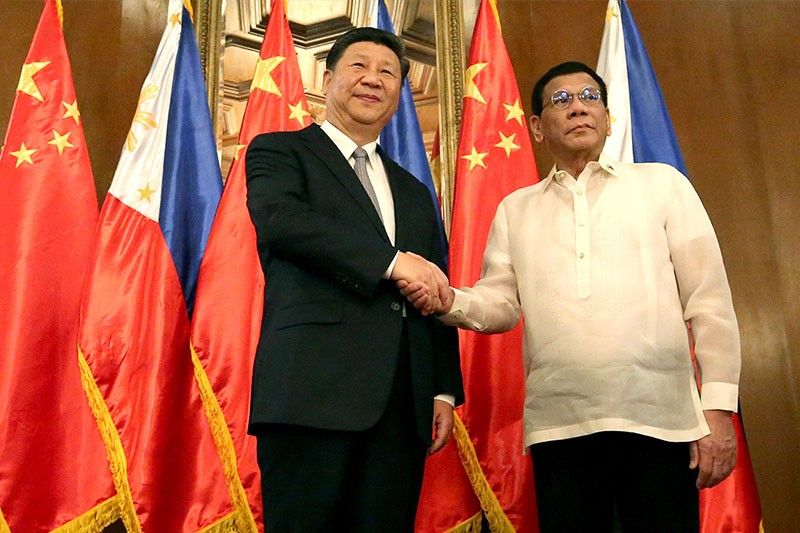 The ‘verbal’ fishing agreement between President Rodrigo Duterte and Chinese President Xi Jin Ping allowing fishermen of both sides to fish in the South China Sea is not considered legally binding, the country’s foreign affairs chief and chief of Cabinet said in separate interviews.

Malacanang said that the verbal exchange between the two leaders took place years ago, allowing both countries to fish even in the exclusive economic zone (EEZ).

“The verbal agreement cannot be enforced on us, it’s verbal. You need a document to prove an agreement. That’s the way it is,” Foreign Affairs Secretary Teddy Locsin said in an ABS-CBN interview.

The DFA Chief added that the verbal agreement cannot be considered as a policy.

Nograles said that a ‘verbal agreement’ only opened opportunities for more talks, but documenting it is another matter.

“We have to understand that we have to allow verbal agreements, verbal talks to proceed so that lines of communications are open,” Nograles said on CNN Philippines.

Nograles added that the country will continue to uphold our sovereign rights and enforce what we can in the West Philippine Sea.

“We never let go of our sovereign rights, which is part of the exclusive economic zone,” he added.

Duterte had earlier said he could not stop Chinese fishermen from fishing in Recto Bank and other areas within the country’s EEZ because it is part of his agreement with Xi.

In exchange, Xi allowed Filipino fishermen to fish in Chinese-occupied Panatag Shoal, declared by the UN-backed arbitral tribunal as a free zone, being traditional fishing ground.