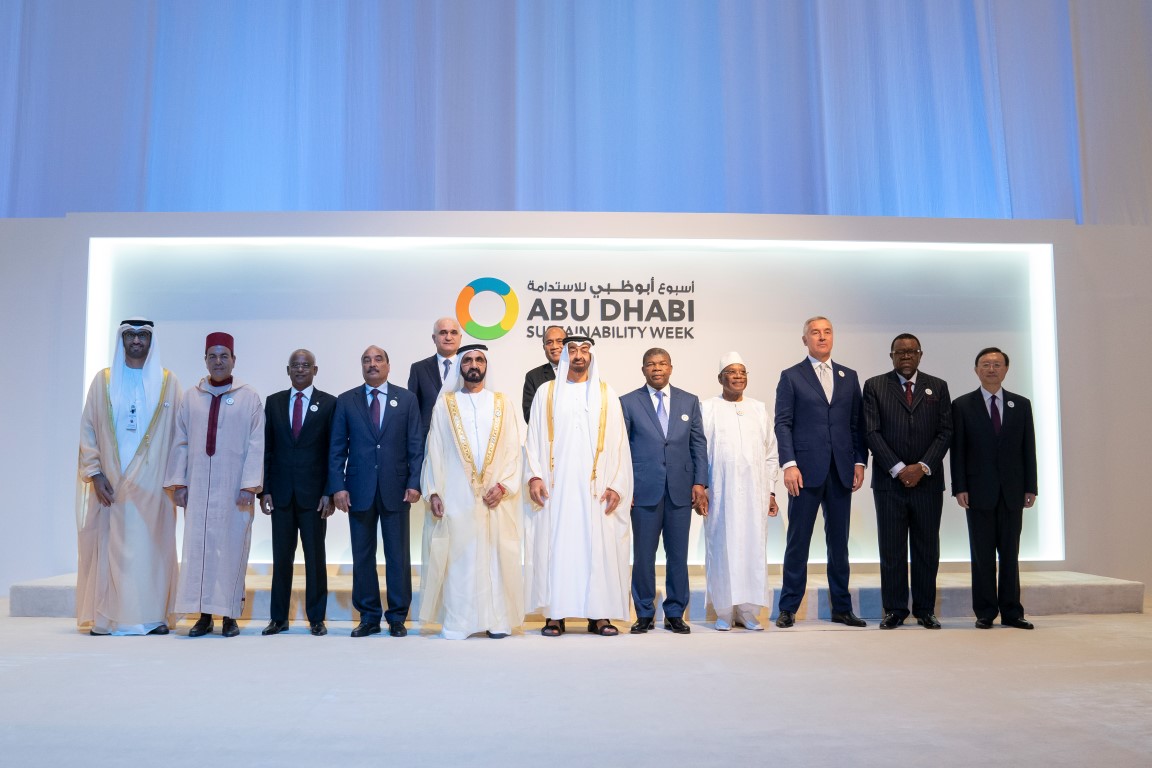 His Highness Sheikh Mohammed bin Rashid Al Maktoum, Vice President, Prime Minister of the UAE and Ruler of Dubai, and His Highness Sheikh Mohamed bin Zayed Al Nahyan, Crown Prince of Abu Dhabi and Deputy Supreme Commander of the UAE Armed Forces, along with a number of world’s leaders today attended the opening of Abu Dhabi Sustainability Week, which is being held this year under the theme ‘Industry Convergence: Accelerating Sustainable Development’.

Their Highnesses welcomed the leaders and experts who are meeting in the UAE to discuss the issues and challenges of sustainability, broaden dialogue and intensify efforts to reach solutions for a more sustainable future, expressing hope that such fruitful meetings will continue to find effective solutions in providing energy and clean sources, hence creating a better future for people all around the world.