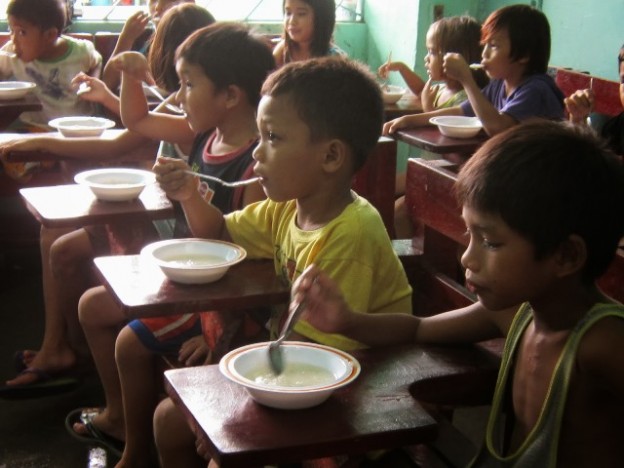 MANILA: About 3.4 million children — all under 5 years old — found to be stunted and over 300,000 underweight with poor nutrition continuing to be a major problem in the Philippines .

These figures are alarming, given the growing economy of the Philippines, Rappler quoted a study released by the Inter-Agency Regional Analyst Network (RAN) and the Action Against Hunger (ACF).

The study, titled “Socio-economy of Chronic Malnutrition in the Philippines: A preliminary key trends analysis by 2030”, reportedly showed that several theories have established that “higher incomes automatically improve the access to food.”

“A relatively modest increase in GDP per capita could – or should – significantly improve a range of social progress indicators,” it added.

But the Philippines, the 9th among the countries with the highest prevalence of stunted kids, has had slow progress in addressing the issue, the report said.

From a prevalence rate of 38 percent in 1998, the decrease has not been consistent, only reaching 30 percent in 2013 based on the estimates of United Nations (UN) agencies.

Based on Food Nutrition and Research Institute (FNRI) data as of 2015, stunting or the chronic malnutrition rate among children is now at 33.4 percent.

Lower-income countries like Vietnam and Cambodia are even faring better than the Philippines. Only 23 percent of children are stunted in Vietnam while 32.9 percent are affected in Cambodia.

The Philippines’ disturbing figures, the study said, are expected to shoot up by 2030 if government does not boost support for social services.

According to the study, 20 percent of deaths among children under 5 years old are due to poor health services.

“Our call for the new administration of President Rodrigo Duterte is to commit and invest in nutrition as well as hold nutrition stakeholders accountable to meet targets to reduce child stunting and wasting, and strengthen and sustain the political will to address malnutrition as a crucial concern of development,” Action Against Hunger Philippines country director Javad Amoozegar was quoted as saying in the report.

The study reportedly suggests that the government focus on the root causes of chronic malnutrition, such as poverty.

Children born from mothers with poor nutritional status before and during pregnancy have a low birth weight (LBW) – a likely determinant of stunting, reported Rappler.

Citing a World Bank report, the study reportedly said “that a 1 percent loss in adult height as a result of childhood stunting is linked with a 1.4 percent loss in economic productivity, making them earn 20 percent less as adults.”