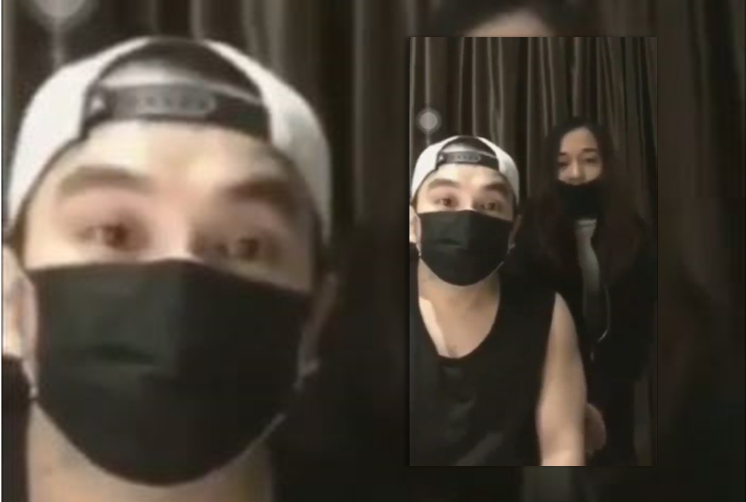 Fears linger among Filipinos in Wuhan, China as the situation in the capital of Hubei province, the global epicenter of the novel coronavirus outbreak, worsens.
Wearing black face masks, two Filipinos took to social media and asked for help to be repatriated immediately.
“Kami na lang po talaga ang mga Pilipinong foreigner dito,” a woman said.
“Nagkakaubusan na po ng mga supply dito, ng pagkain, tubig. Paano na po kami sa mga susunod na araw?” she added.
The Filipino man said the Filipino community in Wuhan seems to be split over whether to stay in Wuhan or leave.
He said he belongs to those who want to come home to the Philippines.
“Pataas nang pataas po ang bilang ng nagkakasakit, kinakabahan na po kami. Sana po maintindihan niyo kami, wala kaming intensyon na magcreate ng panic,” he said.
Both said they witnessed firsthand how difficult it was to live in the city that has been locked down.
They have to walk for hours towards the train station because the taxi drivers won’t allow them to board for fear of contracting the killer bug. However, upon reaching the train station, they learned that their city is already locked down. They walked back again to their homes and found that Wuhan is “like a ghost town.”
Chinese authorities have barred travel to and from Hubei province and its capital Wuhan, where the novel coronavirus was first detected before it spread across China and to a dozen other countries — including the US, France and Australia.
“Kung magagawa niyo po ng aksyon, hanggang maaga pa po, habang di pa po kami nahahawa,” the man pleaded.
Meanwhile, Chai Roxas, a Filipina assistant manager at a trading firm in Wuhan told Noli De Castro of dzMM that she favors evacuation of FIlipinos in Wuhan.
Face masks, she noted, are running out of supply in some stores in Wuhan.
“Alam mo iyong pakiramdam ng hindi namin alam kung anong mangyayari bukas makalwa o mga susunod na araw,” she added.
There are around 150 Filipinos in Wuhan, the Department of Foreign Affairs said.
Roxas said many the Filipinos in Wuhan are teachers and working at the bars in the hotels.
Watch their video below: