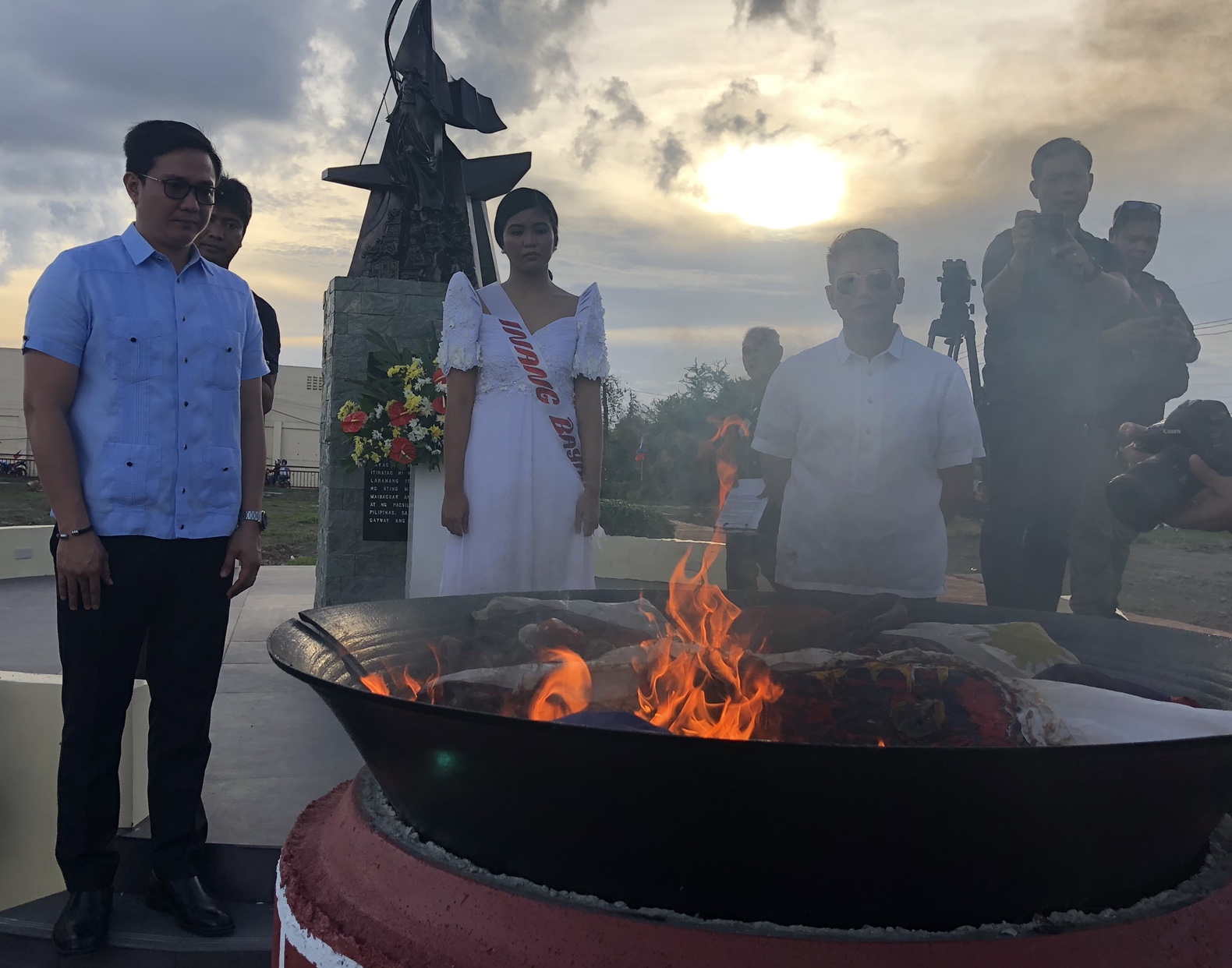 At least 500 worn-out flags were burned in a solemn ceremonial rite in Imus, Cavite ahead of Independence Day celebrations.

Local officials and the Imus Tourism Office said this is the first time the “Flag Capital of the Philippines” held a tribute to old Philippine flags.

Under the Flag and Heraldic Code of the Philippines, “a flag worn out through wear and tear shall not be thrown away. It shall be solemnly burned to avoid misuse or desecration. The flag shall be replaced immediately when it begins to show signs of wear and tear.”

The first major flag burning event took place at the Cultural Center of the Philippines (CCP) in 2014.

Imus local officials said they will do the burning of old flags every year and they are now studying to build its own colombarium at the Dambana ng Pambansang Watawat.