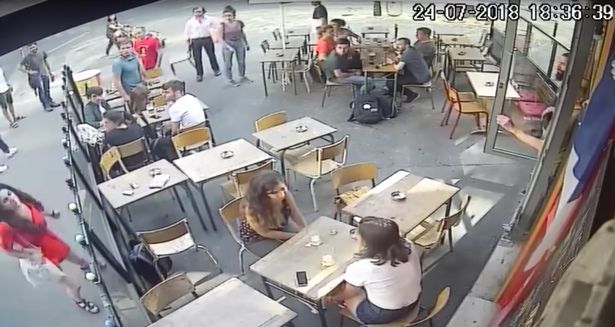 A viral video of a man hitting a woman, identified as Marie Laguerre, outside a café in Paris has sparked outrage worldwide.

In the CCTV footage, Laguerre is outside the cafe when the harasser throws an uninvited catcall.

In a media interview, Laguerre narrated that she told the man to shut up but moments later, the man grabbed an ashtray and threw it at her. Not content with he did, he struck the woman across the face.

The people in the cafe were surprised and tried to intervene. One even grabbed a chair in case the man came back.

Laguerre posted the video on social media and it went viral. She also wrote that “we must not stay silent.”

“It wasn’t the first time – that day, that week, or that month; it had been building up. I got angry and said ‘shut up’. I didn’t think he’d hear, but he did,” she said in a television interview.

Laguerre said that she knew what was coming for her but she faced it.

Even the mayor of Paris lauded her for her courage, saying: “Total solidarity! Thank you Marie Laguerre for your courage! Stop harassment!”