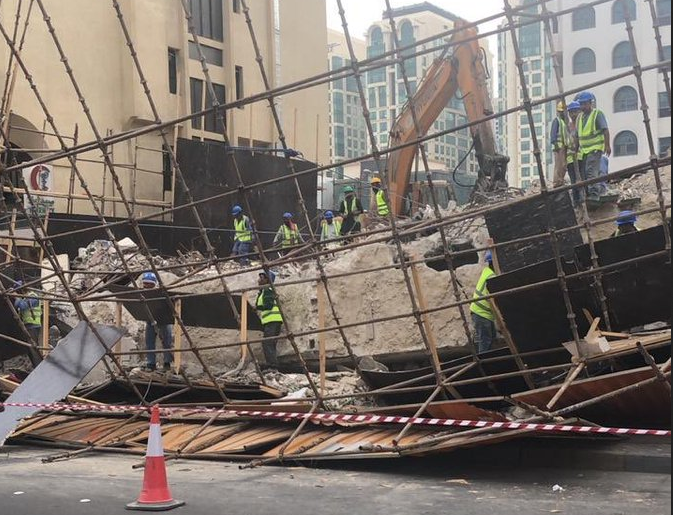 The Abu Dhabi Municipality confirmed that a scaffolding collapsed at a building demolition site on Monday, February 18.

The Abu Dhabi Crisis Management Team, Abu Dhabi Police, Department of Urban Planning and Municipalities, and the Department of Transport, immediately responded to the scene.

No injuries and damages were reported in the incident.

Following the incident, roads were closed to ensure the safety of the public in the area.

Operations in the area returned to normal after the clean-up operations.

The Abu Dhabi Municipality also praised the efforts of the different government agencies for their fast response to the incident.