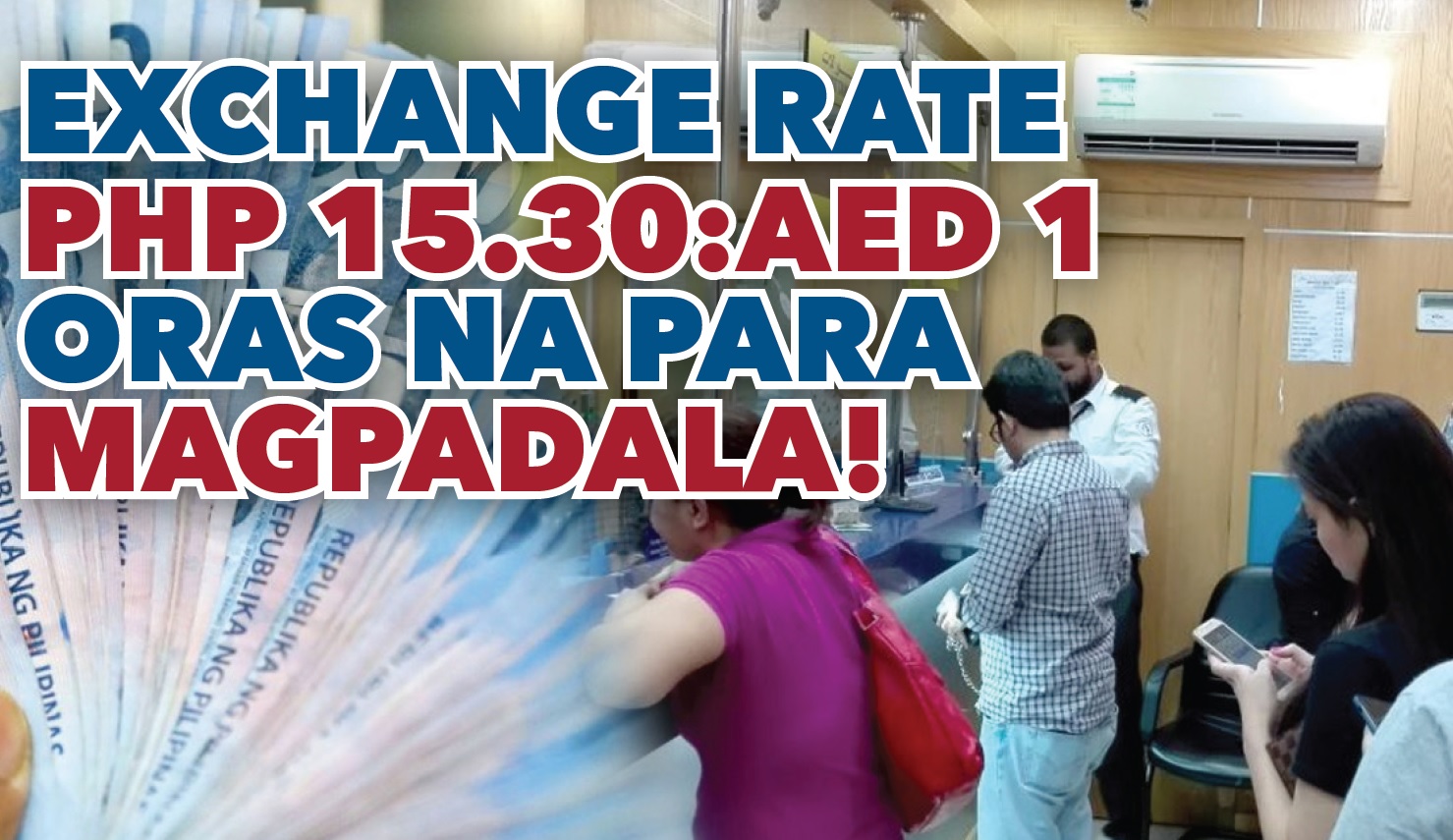 Remittances from OFWs all over the world reached a massive Php 787.5B in the first five months of 2022, with more Filipinos here in the UAE taking advantage of the current exchange rates at Php 15.30: AED 1

Overseas Filipino workers (OFWs) are now taking advantage of the exchange rates which has reached highs of Php 15.30 per dirham as of July 23, 2022 – a rate last seen in December 2004, according to available data from Google’s exchange rate graphs. As of May 2022, this has translated to a grand total of a record $14B (Php787.5B).

OFWs from the Middle East account for $2.1 B (Php 118.1 B) in remittances or 17% of the global OFWs’ total remittances for the past five months.

Of this number, Filipinos from the UAE comprise a sizable amount of remittances from the Middle East at $490.6M (Php 27.5 B), accounting for 23% – which makes the country among the top remitters to the Philippines worldwide alongside the US, Saudi Arabia, Japan, Qatar, and Singapore.

This remittance-friendly exchange rate is now being enjoyed by many OFWs in Dubai as seen in the comments from many OFW netizens on the Facebook page of The Filipino Times.

Majority of OFWs also wish that the rates will remain until the end of the month, when their salaries would arrive. This is especially true for families back home who support kids at school, with the upcoming return to classes next month.

However, several OFWs also voiced concerns about this rate. Abel, for instance, stated that the exchange rate is just a breakeven with the inflation rate in the Philippines. He stressed that his family has since asked for additional cash, due to the increase in the prices of daily groceries back in the Philippines.

Nagesh Prabhu, DGM, Treasury, LuLu Exchange, attributes this to the weakening of global currencies against the US dollar buoyed by the pandemic and the recent conflict between Russia and Ukraine.

“For expats looking to send money back home, now is a good time, but it is advised to be cautious of the dips and remit in installments, as it is very difficult to predict the currency’s movement accurately. There are various factors determining the direction of the markets, and it is always better to observe the trends and take advantage of real-time rates,” said Prabhu.

Rizal Commercial Banking Corp. chief economist Michael Ricafort, in an interview with the local press, states that the stronger dollar versus the peso also affects families of OFWs who have to adjust their budgets due to the rising prices of daily commodities.

“Whatever gains OFWs and their families have due to the more peso proceeds in exchange for the dollars, may be offset or negated by higher prices and inflation. So, there may still be a need to send more remittances due to higher inflation,” said Ricafort.

The PSA earlier reported that inflation quickened to 6.1 per cent in June from 5.4 per cent in May.

“The expansion in cash remittances in May 2022 was due to the growth in receipts from land-based and sea-based workers,” as per the report from the BSP.

According to the latest forecast from the Bangko Sentral ng Pilipinas, remittances from overseas Filipino workers (OFWs) would increase by 4% in 2022 and 4% in 2023.

‘The growth in personal remittances reflected a pickup in OFW deployment, strong demand for OFWs amid the reopening of host economies to foreign workers, and the continued shift to digital support that facilitated inward transfer of remittances,’ the central bank said.

Based on the BSP’s Fourth Quarter 2021 Consumer Expectations Survey, remittance recipients spent the money on food and other family necessities (96 per cent), education (50.5 per cent), and medical expenditures (45.8 per cent), and savings (31.7 per cent).

BSP is encouraging senders and recipients to save and invest more of their remittances by promoting financial literacy among them.