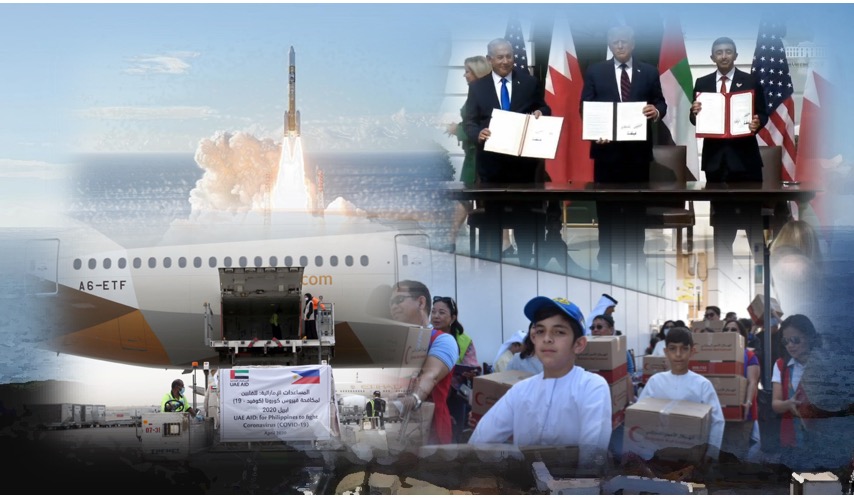 Philippine Foreign Affairs Secretary Teodoro “Teddy Boy” Locsin Jr. has sent his warm wishes and congratulations to the United Arab Emirates and its people on the occasion of the country’s 49th National Day on December 2.

In a video uploaded by the UAE Embassy in Manila, Locsin lauded the UAE’s landmark victories this year despite the emergence and effects of the novel coronavirus disease (COVID-19).

“Throughout the years the UAE has been a trailblazer, excelling in numerous fields including science, innovation and diplomacy. It is a model of modern diplomacy, cooperation, and peacemaking,” Locsin said.

For Locsin the UAE has been a shining example of what diplomacy and international relations could do amidst the darkest of times. He praised the country’s signing of the Abraham Accords, a peace agreement between the UAE and Israel – with Bahrain and the United States as accord supporters – to normalize relations between the two countries.

Locsin said: “I commend the country’s bold and visionary leadership for taking a giant leap this year when they signed the Abraham Accords… [R]ather than keep to the path of peace resistance, the UAE forged a new way forward.”

The foreign secretary has also underlined the determination and foresight of the UAE’s leadership for pushing through with the Hope Probe to Mars. “This has earned the UAE a place amongst the handful of nations that have successfully launched the space probe to Mars… It signifies that given resources, commensurate with daring, there’s no ceiling to any country’s ambition,” he said.

The run-up for the UAE’s Golden Jubilee, he said, also commemorates the 40 years of strong diplomatic ties between the UAE and the Philippines. He thanked the Gulf state for its relentlessness support to the Philippines for its massive assistance to overcome recent calamities that struck the country.

“The UAE has always been there for the Philippines in our times of need, generously and unfailingly providing much needed help post-natural disasters. From substantial donations of personal protective equipment and medical supplies against COVID-19 to sending a team and partnering with the Philippine Red Cross in rehabilitation efforts following the recent series of typhoons that have hit the country,” Locsin highlighted.

In his message, he said: “I take this opportunity to express the Philippines’ profound appreciation of the hospitality extended by the UAE to the sizable Filipino community in the emirates. I am grateful for the expressions of affection and support for Filipinos coming from leaders of the UAE and take it as a manifestation of the impact of the Filipino workforce in the development of the emirates.”

The secretary also reaffirmed the Philippines’ support for the upcoming Dubai Expo next year.