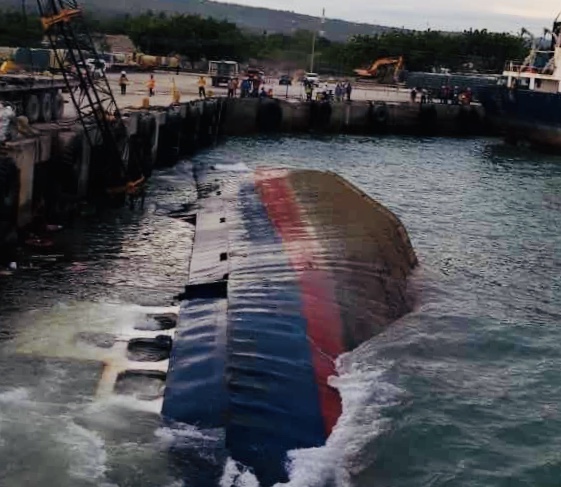 A cargo vessel capsized off SEDC Port in San Fernando, Cebu at around 4:40 pm, Tuesday, June 25. All of its 12 crew were rescued by the Philippine Coast Guard (PCG)-Central Visayas.

In the photos sent by PCG-7 to The Filipino Times, only the port side of the cargo vessel is visible on the surface of the water.

With the fear of oil spill from the vessel, PCG-7 personnel under their Coast Guard Naga Station immediately placed oil spill booms.

The management of the cargo vessel had the crew, including crane operator Manuel Incarnacion—who sustained injuries, brought to the South General Hospital for treatment. Others were given medical attention by the responders.