“I warmly extend my greeting of ‘Ramadan Kareem’ to our Muslim brothers and sisters in UAE and elsewhere as they honor their faith through acts of generosity and selflessness during this holy month,” the ambassador said.

She added: “I also enjoin all Filipino expatriates in UAE to appreciate the meaning of Ramadan and respect the teachings it conveys. I wish to remind them of the proper etiquette to be observed for non-Muslims who are either residing and visiting the emirates.

“I hope that acts of charity and kindness are extended by our kababayans to the less fortunate in their community as a sign of solidarity and gratitude for the hospitality extended by UAE to them.”

‘Be mindful of Ramadan practices’

For his part, Consul General Paul Raymund Cortes asked the community to observe etiquettes during Ramadan to show respect to our Muslim brothers and sisters – them being the hosts – in the same manner a guest follows house rules.

“Please be reminded of the need to respect UAE and Islamic rules and regulation. As guests of the UAE, we are obliged to abide by UAE society’s laws and policies. We reiterate our advice to our fellow Filipinos to be mindful of Ramadan practices,” Cortes said.

As the whole world ushers in the holy month of Ramadan, Filipinos and expats of other nationalities welcome the season with understanding, empathy, and tolerance especially towards the Muslim community in what is considered as the most cherished period for their faith.

Fasting during the Ramadan period, also referred to as ‘Sawm’, is one of the five pillars of Islam. The others being reciting the Muslim profession of faith sincerely (Shahadah), ritual prayers in a proper manner five times each day (Salat), paying alms/charity for the benefit of the needy (Zakat), and the pilgrimage to Mecca (Hajj).

Understanding the deeper meaning of fasting

Most individuals would tend to look at Muslims who fast as plainly avoiding food and drinks while the sun is still up. But similar to the Christian’s Lenten season, fasting also involves a sincere abstinence from worldly desires and a push to live a simpler life.

During this solemn period within the predominantly Muslim country, non -Muslims are asked to exercise caution and avoid eating, drinking, smoking in public places as it is deemed offensive for the majority who are on a fast.

Note that the UAE’s Penal Code has a strict provisions imposing fines of up to Dh 2000.

“Shall be sentenced to detention for a term not exceeding one month or to a fine not excess of two thousand dirham, whoever: In a public place consumes food or drinks or any other thing that breaks fast during Ramadan period”

Ignorance of the law excuses no one – which is exactly why even those who are visiting the country for the first time during this month are advised to steer clear of particular activities they usually do during any other day of the year.

An estimate of 1.8 billion Muslims or more than 20% of the entire world’s population are expected to fast from more than 200+ countries around the world, of which 50 are considered Muslim-majority countries, including the UAE.

Here in the UAE, people from various nationalities congregate from families praying together in their homes to hundreds of thousands of the faithful gathering together at hundreds, if not, thousands of mosques placed strategically across all seven Emirates.

After doing their prayers, Muslims break their fast through a meal referred to as ‘Iftar’. In the UAE, it’s a common sight to see many Muslims gather at villas, Ramadan fridges, as well as several more establishments that offer free food after a long day of fast from dawn to dusk. And right before the sun rises as well as the first prayer of the day, Muslims enjoy a Suhoor – the meal that they take before fasting for the entire day, and the cycle continues. 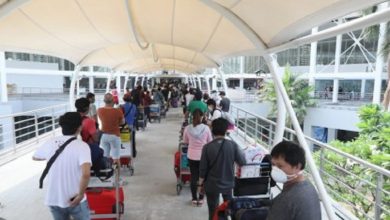