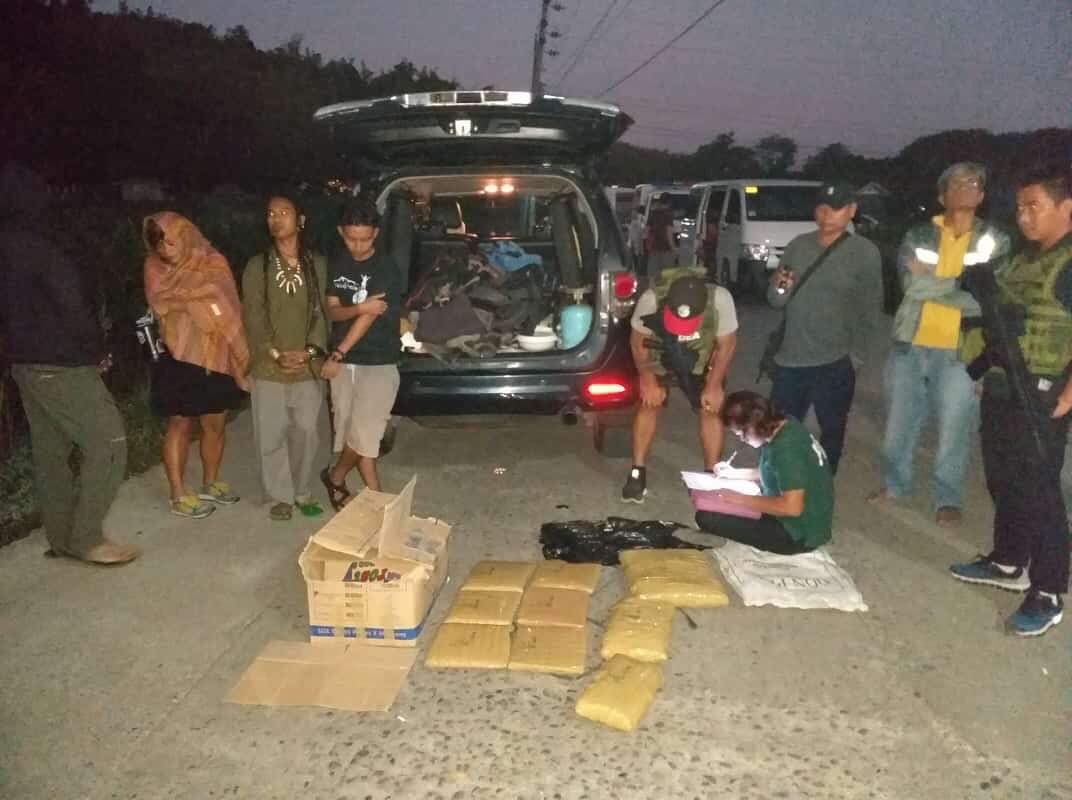 Nine bricks of marijuana, weighing 25 kilos, were seized from four suspects including an actress of a network giant, in a sting operation of authorities in La Union, February 12, 2019.

Police estimate the street value of the marijuana to be worth P3 million.

Santos, 42, appeared as one of the villains in GMA7’s telenovela program “Kambal Karibal”.

The sting operation was conducted after a tip-off from an informant that the group has bought marijuana bricks from an illegal drugs peddler in La Union.

The suspects were on board a black SUV when they were stopped by agents of Philippine Drug Enforcement Agency (PDEA) Region 1, Region 1 Highway Patrol, and La Union police in the town of San Juan around 4am.

Also seized inside the SUV were one plastic sachet containing 2 grams of marijuana dried leaves and assorted drug paraphernalia.

In an exclusive interview by The Filipino Times, Santos denied that her group was carrying illegal drugs.

“The box where the supposed marijuana was found could not even fit our vehicle,” Santos said.

She claimed that they were just on their way to go surfing in San Juan, La Union.

They all tested positive for drug use, police said.

The suspects were charged for violation of the Comprehensive Dangerous Drugs Act of 2002.