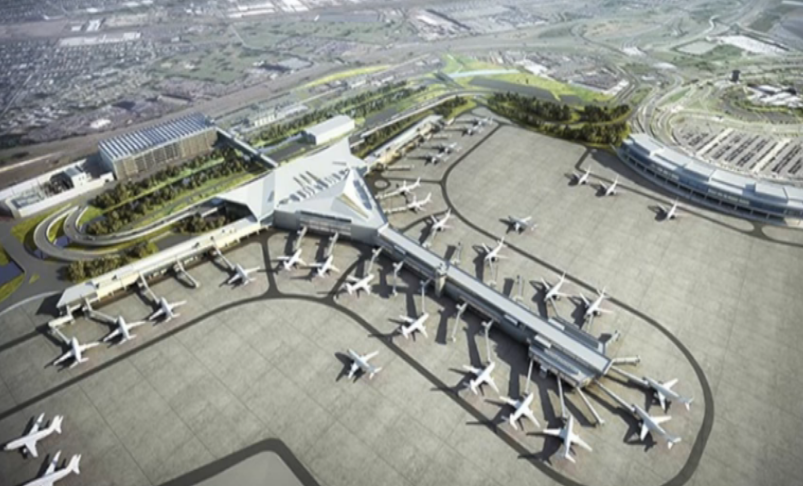 The construction of the international airport in Bulacan, which is dubbed as the ‘biggest airport in the world’, is set to begin in 2019, project proponent San Miguel Corporation (SMC) announced.

In a statement, SMC president Ramon S. Ang said that the construction of the airport is eyed to begin next year and would be finished in six years.

“While we’re still going through a long process, hopefully, in 2019, we can hit the ground running on actual construction,” Ang said.

Transportation Undersecretary Ruben Reinoso said that giving the approval to the proposal is crucial as the Bulacan airport is seen as one of the possible alternatives to Ninoy Aquino International Airport (NAIA) to decongest the country’s main gateway.

The ‘biggest airport in the world’

In Ang’s speech during Far Eastern University’s 90th General Commencement Exercises where he was conferred the degree of Doctor of Business Engineering Honoris Causa, he revealed that Bulacan Airport is set to become one of the biggest airports not only in Asia but in the world.

The Bulacan airport will be named New Manila International Airport.

The business tycoon underscored that the airport will help boost the country’s employment and tourism.

Over 1 million direct and indirect jobs will be available for overseas Filipino workers and locals during its construction phase.

“It will have six parallel runways good for 200 million passengers equipped with mass transit. It will create 40 million jobs and bring in 20 million foreign tourists a year. A comparable country like Thailand brought in 30 million tourists,” Ang said.

SMC submitted a proposal to build, operate, and maintain an airport in Bulacan. The 1,168-hectare airport can accommodate over 200 million passengers annually, more than triple than Ninoy Aquino International Airport’s (NAIA) capacity.

A city complex will also be built at a 2,500-hectare area along Manila Bay in Bulacan, Bulacan.