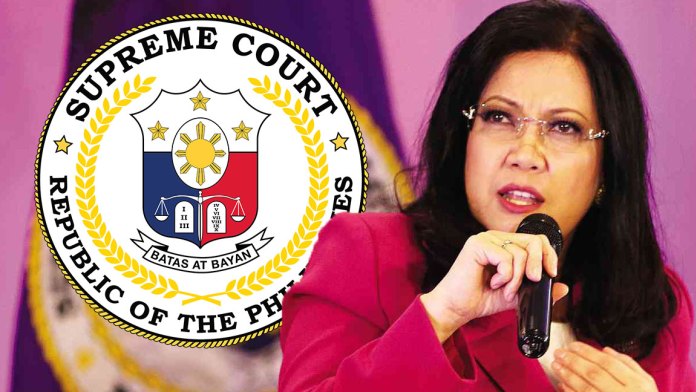 The Supreme Court (SC) on Friday, May 11, ousted Chief Justice Maria Lourdes Sereno in an unperecedented and historic move that nullifies her appointment.

The SC en banc voted 8-6 in favor of the quo warranto petition that sought to declare her appointment in 2012 invalid.

The first female chief justice immediately stepped out of her office after the “quo warranto” vote.

Sereno questioned the validity of the decision, saying she could only be removed from her post through an ongoing impeachment proceeding.

Senate President Aquilino Pimentel said that the Upper House may question the validity of the decision.

The SC made history with the decision since it is the first time the high court removed its own Chief Justice, a move questioned for violating Sereno’s Constitutional rights.

In 2012, the Senate ousted Sereno’s predecessor Renato Corona from his SC post.