Just hours after his arrival in the Philippines for the ASEAN Summit, Canadian Prime Minister Justin Trudeau stopped by Jollibee’s North Harbour branch, leaving with a takeout order of burgers. 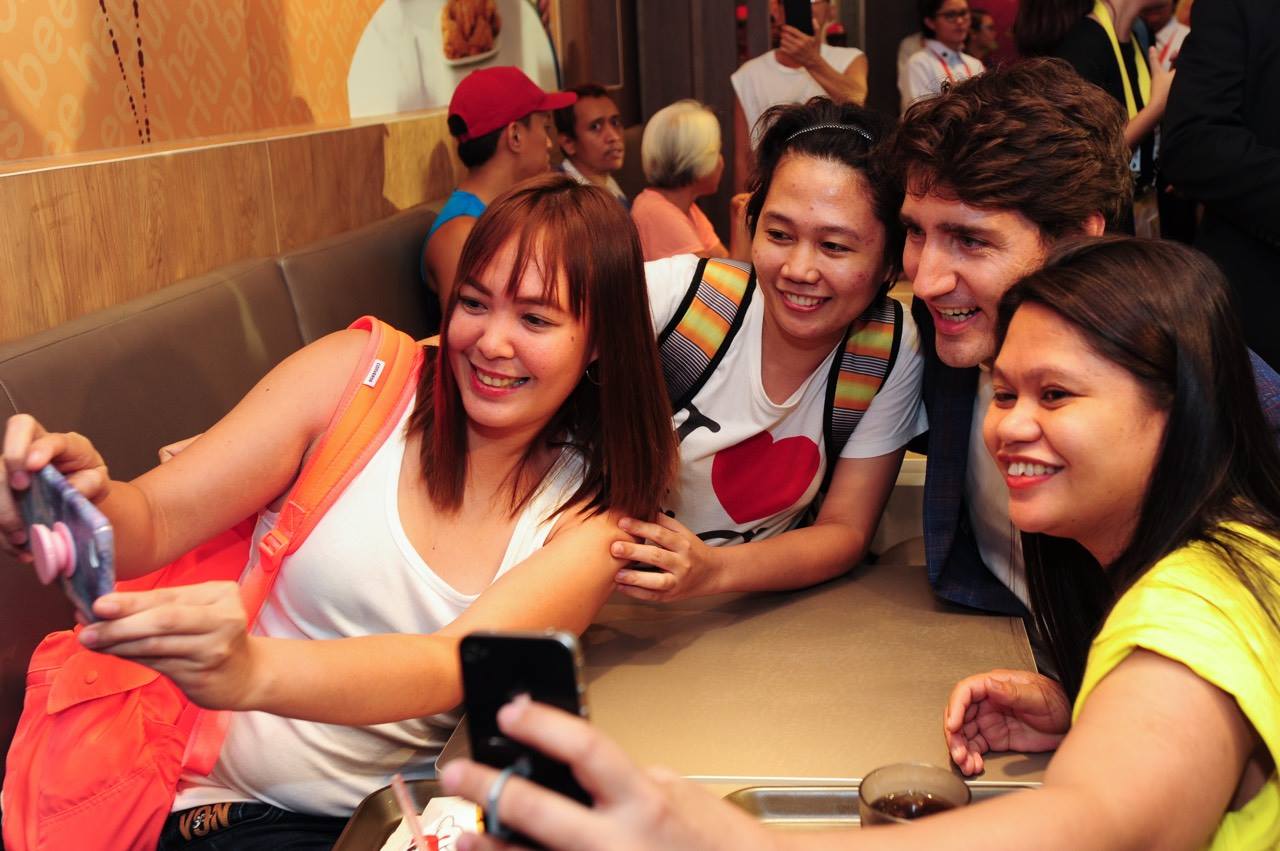 Trudeau already had a taste of Jollibee when he visited its branch in Winnipeg, Canada last year. 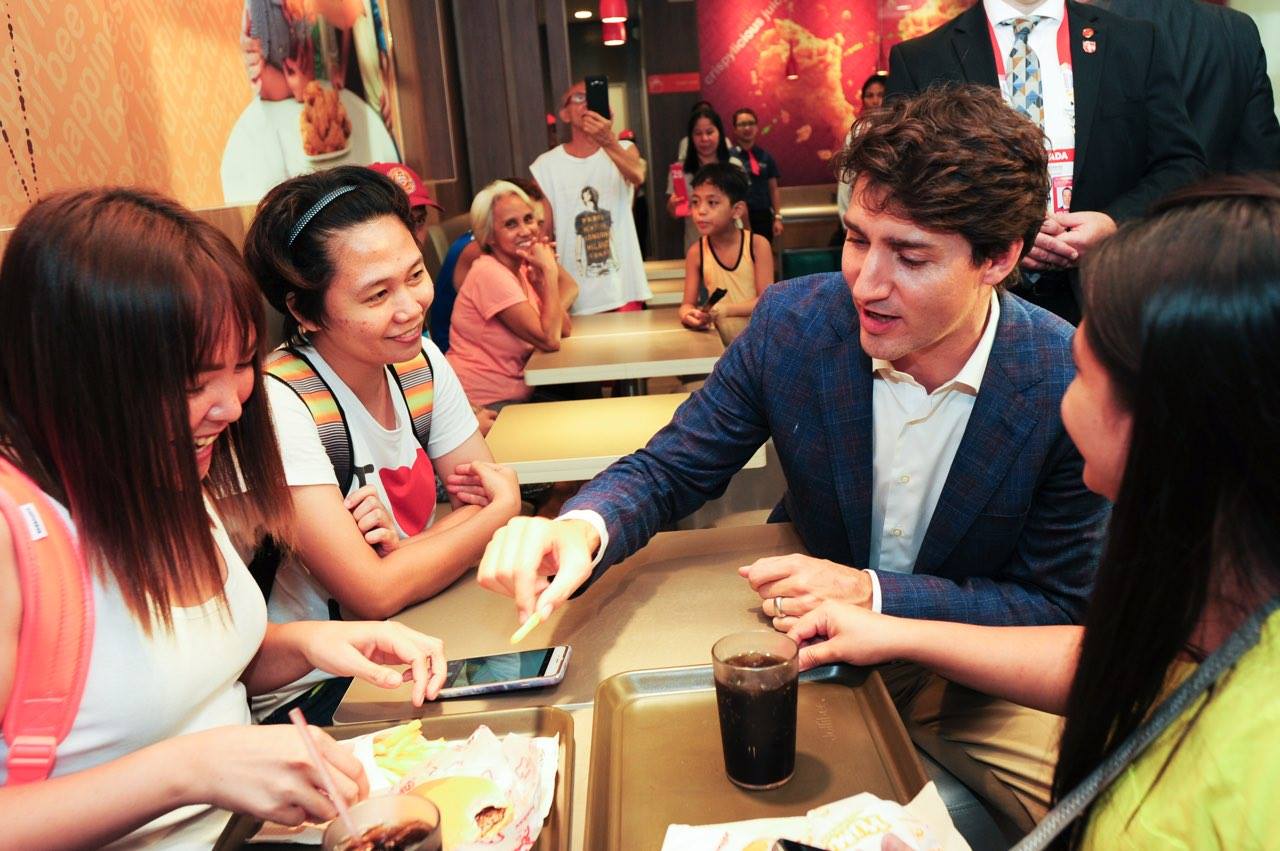 In a photo posted on Jollibee’s official Facebook page, Trudeau was spotted with a take-out meal from the Filipino fastfood chain. 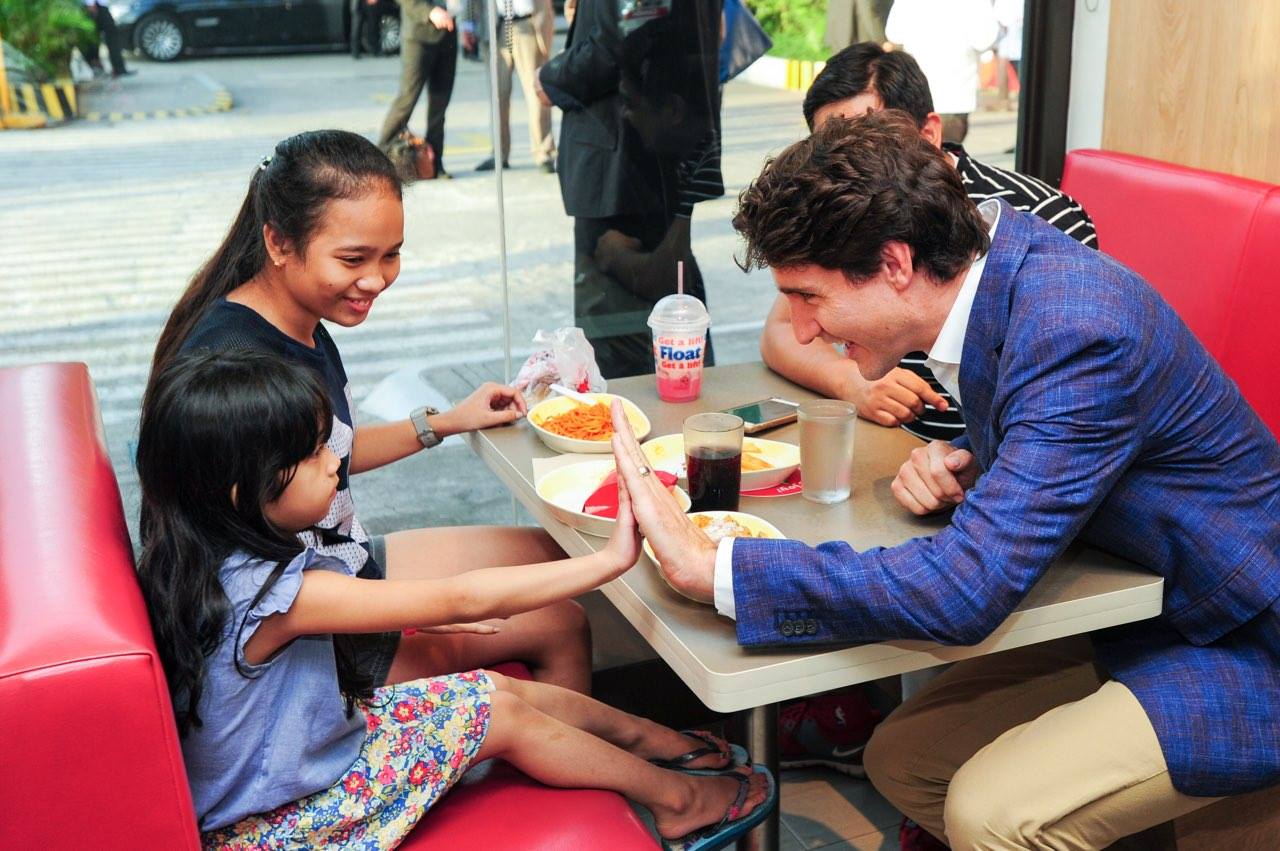 Posted photos of his visit are his interaction with Jollibee executives, branch staff, and customers. 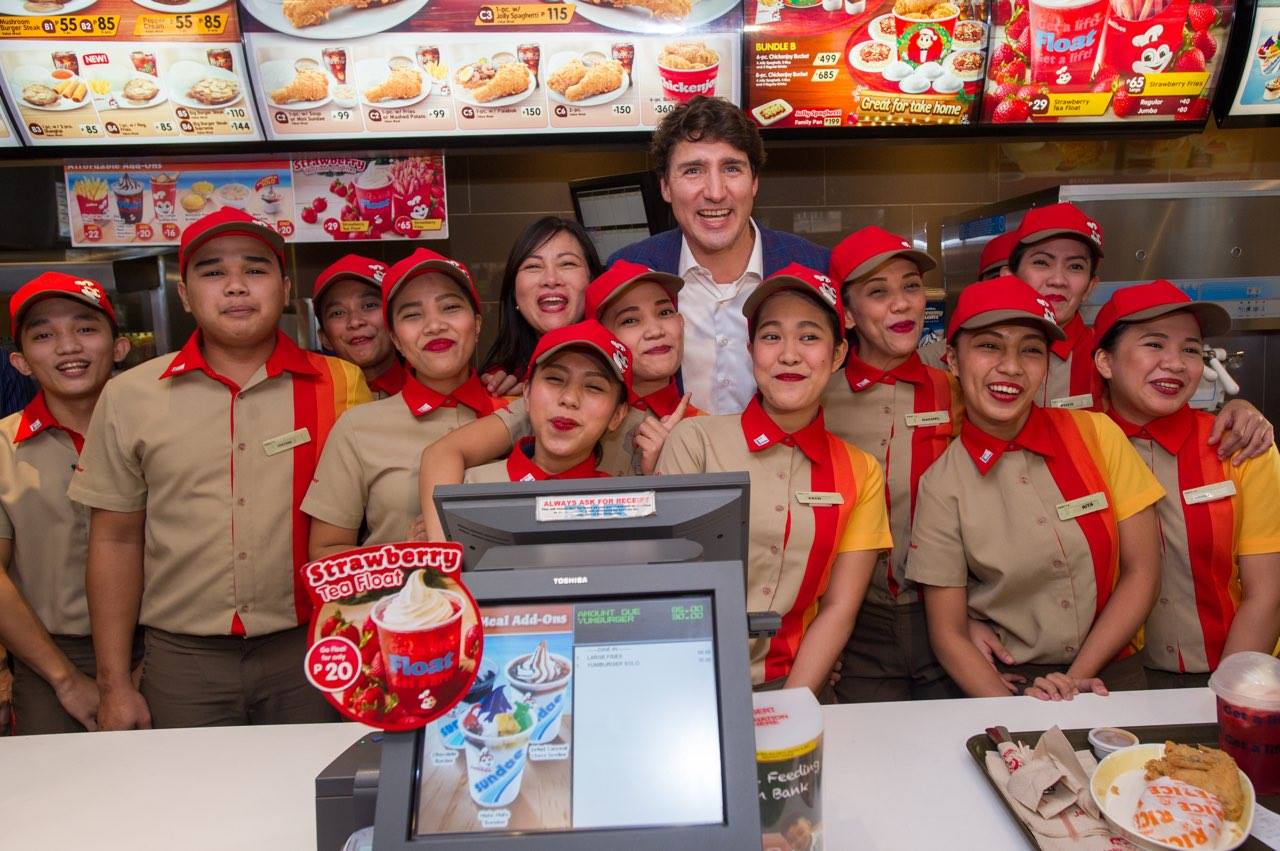 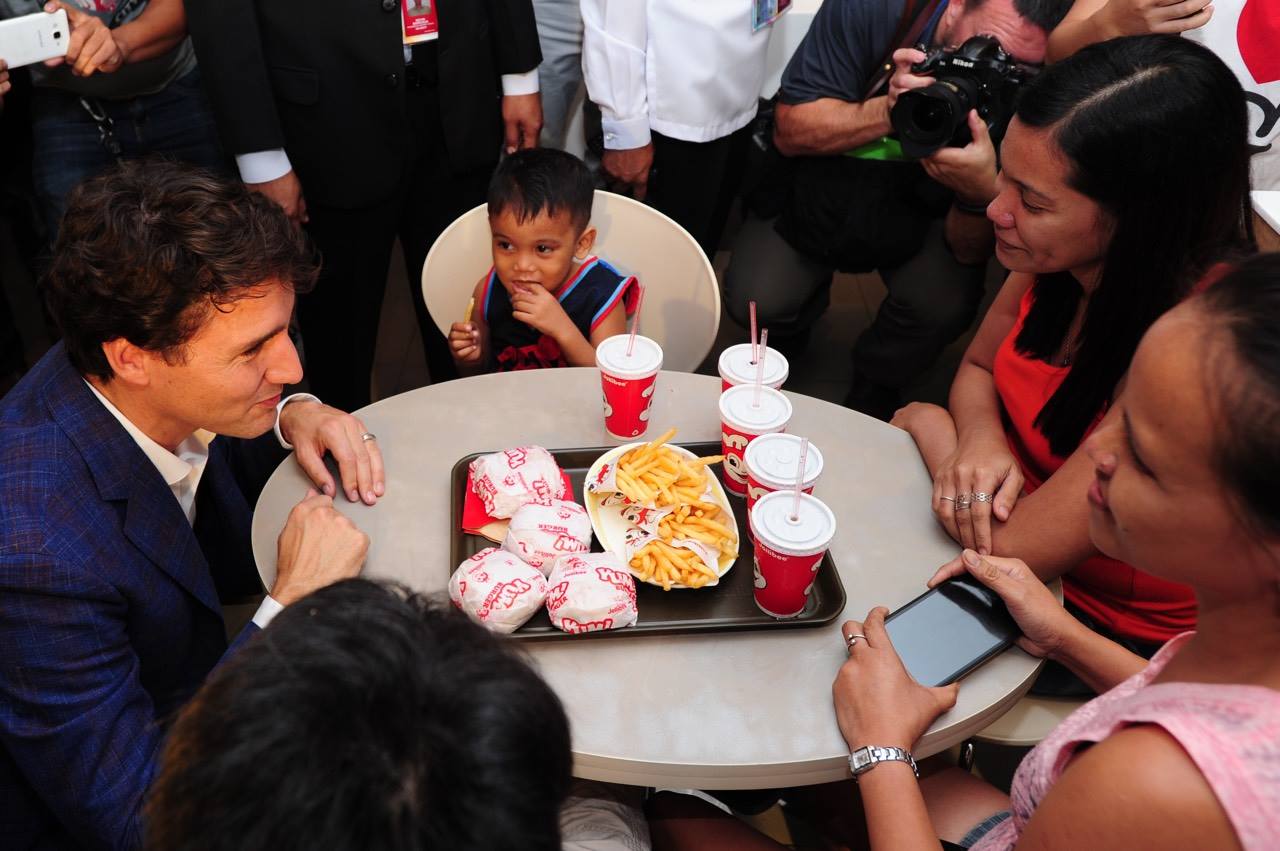 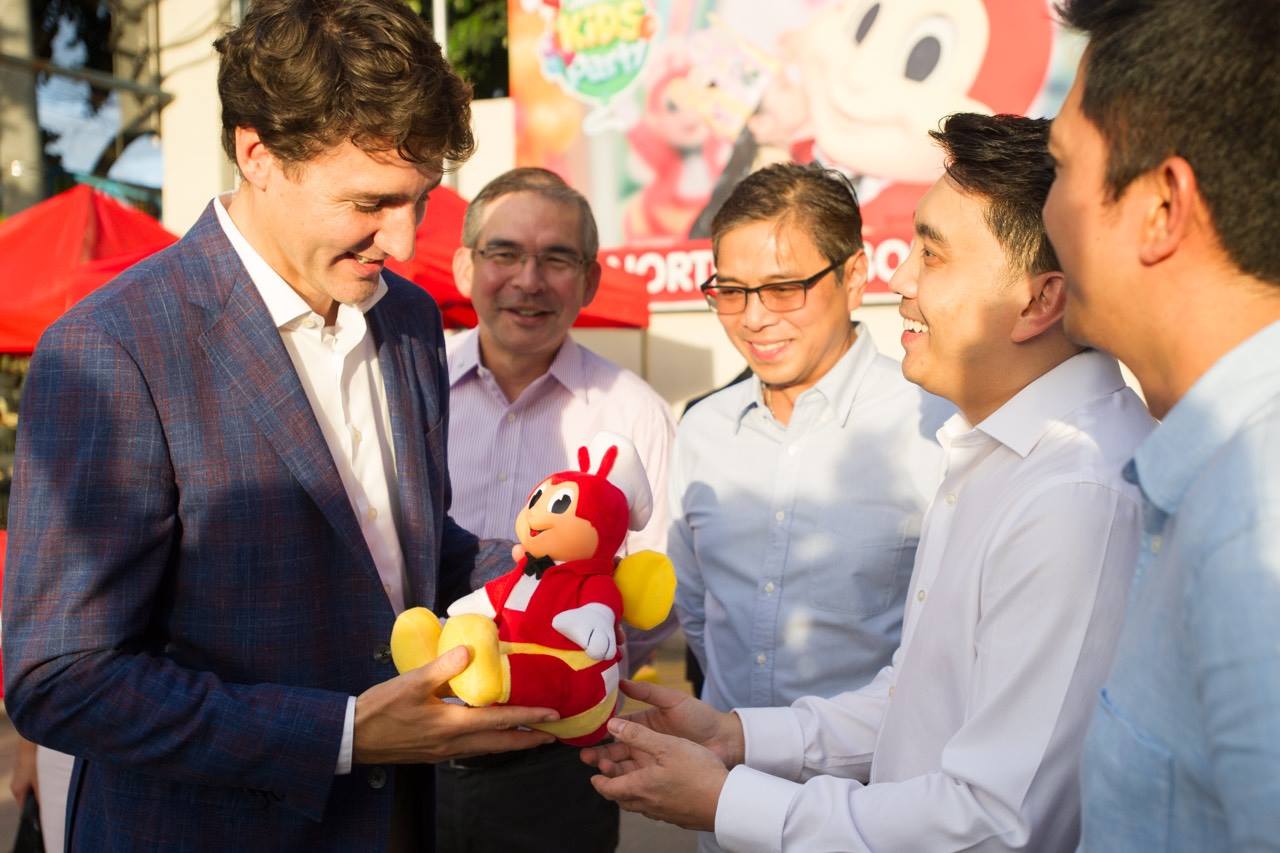 He arrived at the Clark International Airport in Pampanga on Sunday afternoon.