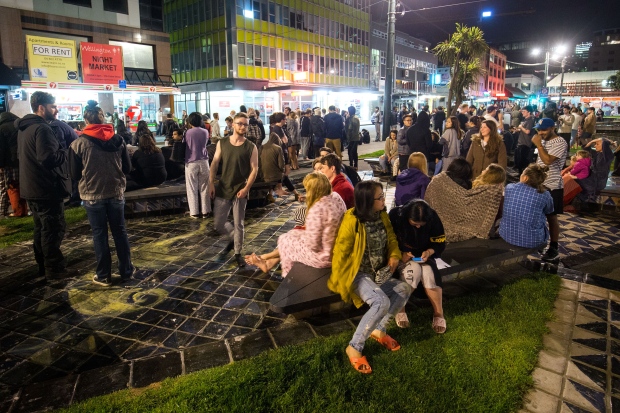 Malacañang said it has not received any report of Filipino casualty in the earthquake that hit New Zealand, leaving two persons dead and prompted a tsunami warning that sent thousands fleeing to higher ground.

“The Philippine embassy in Wellington continues to monitor closely the situation. We shall update the public, through the DFA, as reports become available,” Communications Secretary Martin Andanar was quoted to have said.

A tsunami warning was issued after a magnitude-7.8 earthquake struck northeast of Christchurch in the South Island on Sunday, the report said.

Prime Minister John Key said the earthquake was the “most significant shock” he could remember in Wellington.

With communications cut off, emergency response teams were flying by helicopter to the region at the epicenter of the 7.8 magnitude quake, some 91 km (57 miles) northeast of Christchurch in the South Island, amid reports of injuries and collapsed buildings, reported Reuters.

The first tremor, just 23 km (14 miles) deep, struck the Pacific island nation just after midnight, jolting many from their sleep and raising memories of the 6.3 magnitude Christchurch quake in 2011, which killed 185 people. New Zealand’s Geonet measured Monday’s quake at magnitude 7.5, while the US Geological Survey put it at 7.8, it said.

New Zealand lies in the seismically active “Ring of Fire”, a 40,000 km arc of volcanoes and oceanic trenches that partly encircles the Pacific Ocean. Around 90 percent of the world’s earthquakes occur within this region.