Filipinos in the UAE are counting on President-elect Rodrigo Duterte to tackle corruption issues at Ninoy Aquino International Airport and Bureau of Customs with hopes the “OFW Department” he has promised also comes into fruition.

DUBAI: Corruption at the Ninoy Aquino International Airport (NAIA) tops the list of concerns Overseas Filipino Workers (OFWs) in the United Arab Emirates (UAE) want incoming Pres. Rodrigo Duterte to address in the first 100 days of his term, a survey by The Filipino Times reveals.

At the same time, the OFWs expressed high hopes Duterte will stand pat on his plans to open a department-level agency that would centralize all efforts to provide better services to them, and a bank that would serve as a clearinghouse for all remittances and other financial transactions that they enter into.

From implementing stiffer penalties, including death to illegal recruiters, to an airport free of corrupt officials with their alleged extortion and “tanim-bala” activities, indeed, OFWs in the UAE have a long list of issues needing to be addressed by the incoming administration.

Here are the most salient points that OFWs said the new administration should immediately buckle down to:

Stop hassling OFWs at the airport

There are a lots of hustlers at the airport preying on us),” said lounge singer Nikki Develos. “I wish that they fix the systems at NAIA with faster lines and immigration processing for citizens, not foreigners,” pre-school teacher, Zarni Buenaflor-Welsh, for her part, said.

“I hope the government is able to eradicate all issues at NAIA. ‘Tanimbala” is a grave cause for concern,” said Roger Alfonso, a photographer, said. “I hope NAIA becomes safe from bad elements so that at least OFWs can feel secure going home,” Danika Jade Palumar Ortaliz, a graphic designer, said. “I’m looking forward to feeling safe starting from the airport, when I arrive, until I fly back to Dubai,” said Rubie Rosa Baltazar-Evangelista, Iraq project coordinator of an international engineering company.

Labor Attache Ophelia Almenario could not have put it more aptly, saying, “Hopefully, NAIA immigration officers be put under the microscope and corrupt ones are removed so that there’d be no victims of human trafficking and illegal recruitment.”

“Laglag bala” or “tanim bala” is an extortion racket allegedly involving NAIA personnel, the modus operandi of which centers on a bullet placed in an OFW’s luggage when he’s not looking after which he is accosted and “fined.” There were some 30 cases of “tanim bala” from Sept. 2015 to Nov. 5, 2015, according to the Philippine National Police (PNP). Duterte, who has vowed to represent “laglag bala” victims in court, had said a crime syndicate is behind the operation.

Stay away from our Balikbayan Boxes

Concerns about care boxes being burglarized by Customs personnel have been an on-again-off-again issue. Recently though, there has been a spate of cases involving boxes that apparently were opened and re-packed after some contents were removed while in transit.

“Our balikbayan box has just arrived home and we were told by our relatives there that the box appeared to have been opened. Some items were missing,” said Irish Razonable, a Human Resource officer. She said missing were house and kitchen essentials bought at a popular international home improvement chain in Dubai.

The OEC is required from OFWs by the Philippine Overseas Employment Administration (POEA) to ensure that they are properly documented.

Most OFWs interviewed said   OECs are not needed because POEA already has records of contracts and needs only to double check them. OFWs are spared travel tax in lieu of the OEC. Like Alfonso and Welsh, Allan Castro, who runs his own graphic design company, and Alvin Pancito, office clerk, want OEC abolished.

“I wish the new president takes OEC down. It only aggravates us. It has no purpose,” they said.

Hundreds of cases of illegal recruitment are being filed every year, according to POEA, and OFWs in the UAE want the new administration to impose stiffer penalties against perpetrators.

Susan Francisco, a financial adviser at an insurance company, for her part said she wishes that Duterte “would address the issue with the same fortitude he is giving his efforts at addressing illegal drugs.”

Another longstanding issue is the alleged rampant corruption in government. Said Jorhie Alban Ben Rejeb, a public relations practitioner, “Digong’s key performance indicators (KPIs) for me include curbing crime (primarily drugs) and the systematic corruption in the government. If he’s able to do that in his six-year term, he would have done enough.

As for us, OFWs, I want to see him stop ‘laglag bala’ and all the blunders at the airport and custom — heads must roll.”

The Department of Foreign Affairs (DFA) only has a Ph100-million legal aid fund for distressed OFWs, Budget Secretary Florencio Abad has said; OFWs sent $25.77 billion in 2015, according to the Central Bank of the Philippines (CBP).

Said Ian Jesse Adelbert Borromeo, a public relations practitioner, “On my wish list is a budget increase for DFA to fully implement activities empowering Filipinos abroad or those who are in need.” Echoed Lon Hipolito, electrical engineer, “We need to have a solid legal assistance to help OFWs go through the process of litigation.” Labor Attache Almenario agreed, saying the government needs to have a “ready pool of lawyers at the foreign posts to help OFWs.”

Make overseas deployment a choice not a necessity

Duterte, in one of his campaign sorties, has vowed to make overseas deployment a matter of choice, not a necessity as it is now. Wafa Qasimieh, community leader, said she hopes Duterte’s words materialize into something tangible.

“I hope that Filipinos wouldn’t anymore have to work abroad because of poverty. If ever they do, it’s because they wanted to,” she said.

Most OFWs agree government services have a huge room for improvement considering technological advancements. Said IT Engineer, Josh Carino, “I wish for the president to proliferate the effective and efficient use of technology as a workforce multiplier for any and all processes of government transactions.”

Technological advancements, dentist Roy Alexis Sison said, can also be utilized to expedite authentication process for vital documents like college Transcript of Records, diploma, licenses by the Professional Regulation Commission (PRC) and the likes. “It’s taking too much time,” he said.

The government has a program for returning OFWs to remain economically productive, and those retiring to benefit from their years of labor abroad. OFWs surveyed maintained that much needs to be done in this area.

Said Amor Echague, medical insurance adjudicator, “We urge lawmakers to pass measures for OFWs wanting to retire after working consecutively for 15 years abroad to have a livelihood or jobs.” Added Ramil Icaro Sangalang, photographer, “The government should provide benefits for OFWs who have been working abroad for a long time.”

Hospitals and banks for OFWs owned by OFWs

Apparently taking off from Duterte’s campaign promise of a centralized banking system for remittances, OFWs interviewed said they hope the new administration would create a bank managed by OFWs to benefit them and their families.

“We need hospitals and banks for OFWs owned by OFWs. The stockholders will all be OFWs,” said Milo Torres, an engineer and Dors Cruz, office administrative assistant. 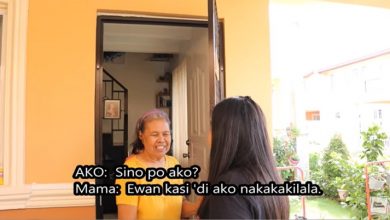