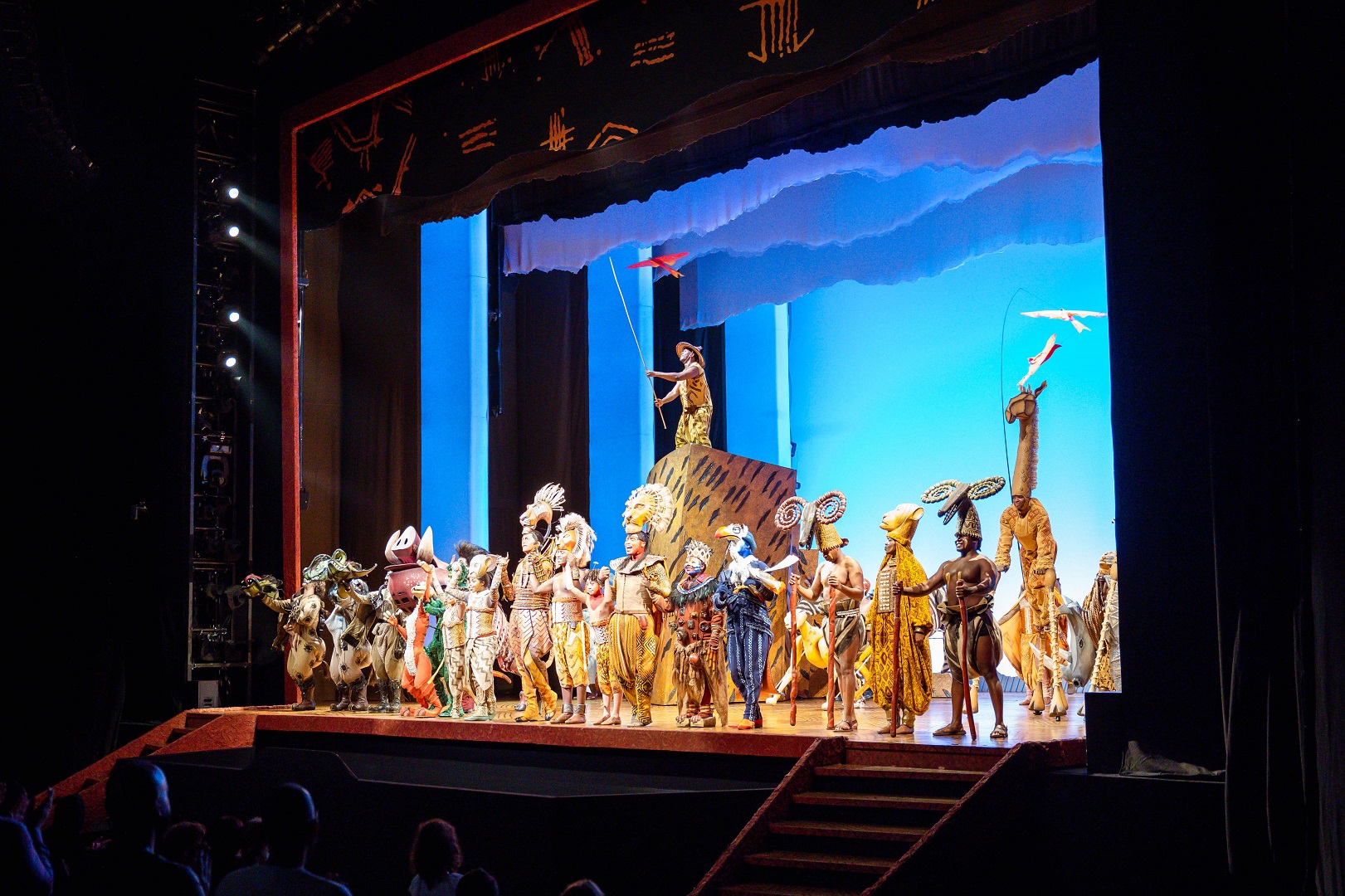 The curtain has risen on THE LION KING’s Middle East debut, as the legendary musical triumphantly takes to the stage at Etihad Arena, Yas Island, with performances running until December 10.

Tony Award® winning director Julie Taymor, alongside a line-up of internationally renowned performers, have made their way to Abu Dhabi for the final engagement of the production’s first International Tour and to celebrate 25 years since it premiered on Broadway. Ahead of the opening night, director Julie Taymor addressed local media with an on-stage demonstration, sharing how she brilliantly reimagined Disney’s beloved film – showcasing the costumes, masks and puppets now signature to the production.

On 18 November, a star-studded red-carpet premiere was held, with the local audience leaping to their feet for a standing ovation at the conclusion of the performance.

Over the four weeks ahead, UAE audiences will have the opportunity to witness the world-wide phenomenon right here in the capital, acclaimed by New York Daily News as “the perfect marriage of entertainment and art”.

“The reaction to THE LION KING’s Middle East debut has exceeded our expectations. Audiences are in for a treat over the next four weeks and we are very excited to witness their reactions at every single performance” said Nicola Renna, Managing Director of Proactiv Entertainment – the local presenter responsible for the show’s Middle East debut. “Bringing this landmark musical to Abu Dhabi, which continues to play to sold out audiences on Broadway and the West End, is an honour. We see this as just the beginnings of the musical landscape in Abu Dhabi.” 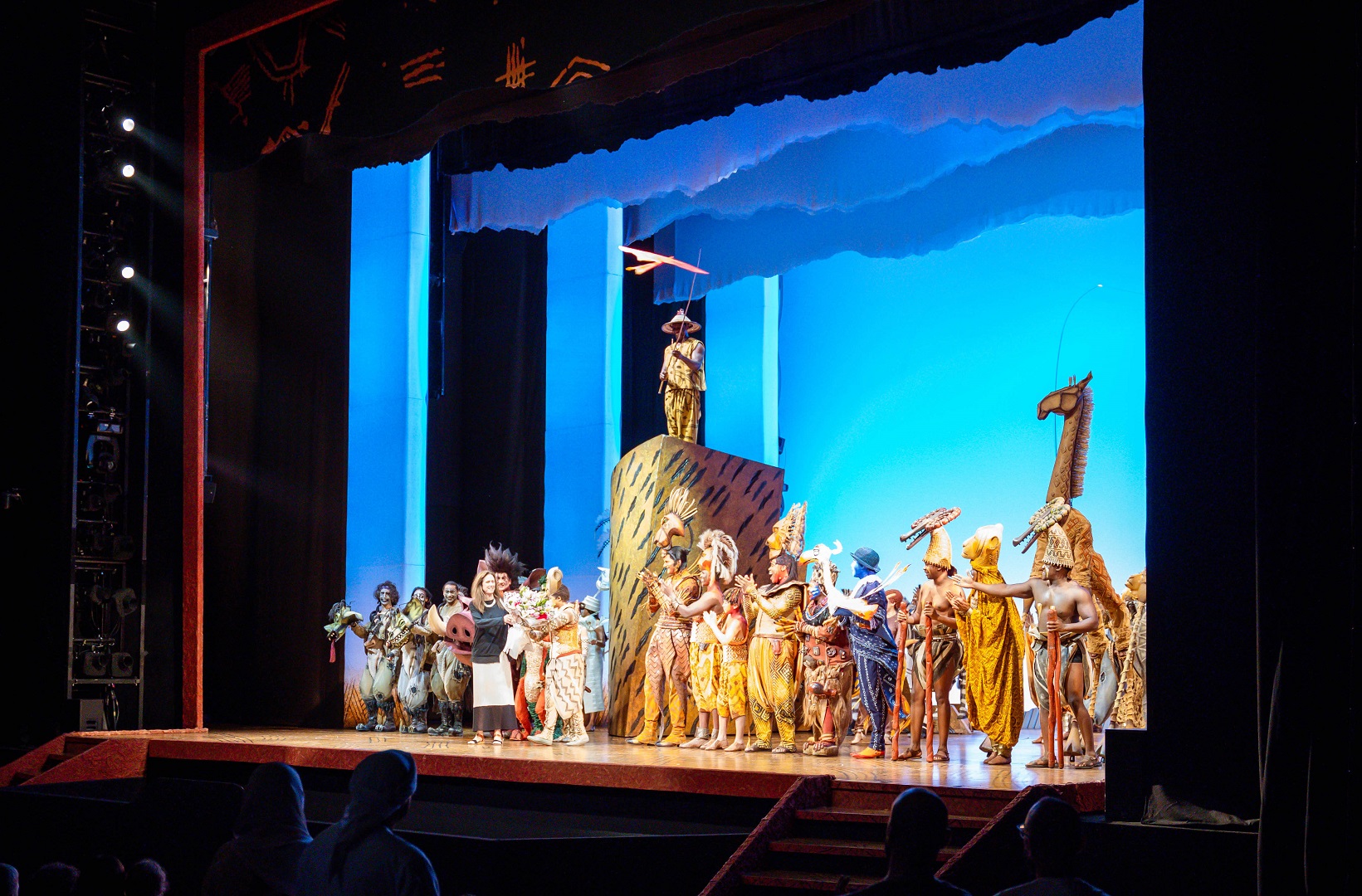 Michael Cassel, Producer and Chief Executive Officer, Michael Cassel Group said “Over the past four years, THE LION KING International Tour has visited vibrant cities across the globe and allowed countless audiences to witness this world-renowned stage production. Abu Dhabi is no different, and to make our Middle Eastern debut under the brilliant guidance of director Julie Taymor is thrilling. The reaction to our international company has been overwhelming and we couldn’t ask for a better final engagement to conclude the tour. Over the coming four weeks, we look forward to welcoming further audiences to this truly authentic Broadway experience, for the very first time in this spectacular venue.”

Felipe Gamba, Vice President, International Strategy & Licensed Partnerships, Disney Theatrical Group said “There is nothing more appropriate for THE LION KING, a global phenomenon that is a true celebration of multiculturalism, than to celebrate an opening engagement in the United Arab Emirates. This country’s ability to embrace all cultures and identities, mirrors the show’s original intent to be a universal storytelling experience that has captured the hearts of audiences around the world for 25 years. It is with great pride, together with our partners at Michael Cassel Group and Proactiv Entertainment, that we are delivering Julie Taymor and her team’s unique artistic vision of this collective and global experience.”

Due to overwhelming demand, five additional performances have been added to the schedule with evening shows now set to take place at 8pm on November 22nd, 23rd and 30th, as well as December 6th and 7th 2022. For further details about the performance schedule, please visit www.TheLionKing.ae, as well as following THE LION KING Abu Dhabi on Instagram and Facebook. 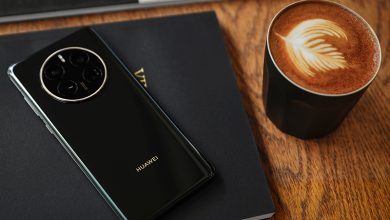 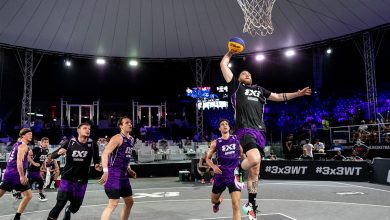 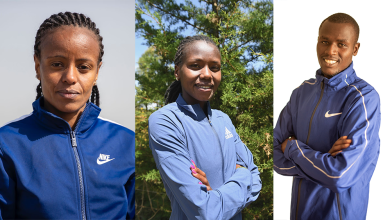