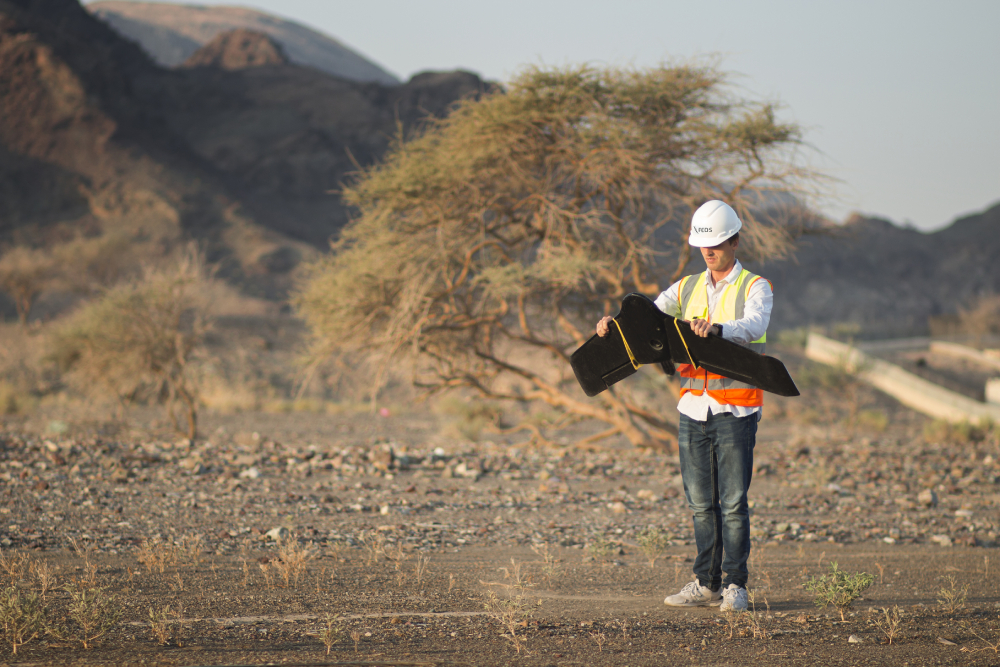 A FEDS pilot preparing to propel a professional drone, which will be used for field inspection. Supplied photo.

The UAE’s adoption of drones in agriculture has made it one of the firsts in the world to integrate technology in food security and environmental protection, according to Falcon Eye Drones Services (FEDS), the Middle East’s leading and one of the world’s top Drone-As-A-Service (DaaS) companies.

FEDS’ statement comes on the heels of the announcement of His Highness Sheikh Mohammed bin Rashid Al Maktoum, Vice President and Prime Minister of the UAE and Ruler of Dubai, that the UAE is amongst the first in the region to prioritise environmental protection and climate change as part of its food sustainability programme on a national scale.

Underscoring how the UAE has been a pioneer in the region for massive drone-planting initiatives, FEDS CEO Rabih Bou Rashid emphasised how drones are revolutionising the agricultural sector in response to rapidly evolving needs of our time and how technology-driven projects in the country have proven that drones are a more cost-effective and faster alternative to traditional farming methods being practised for millennia.

In partnership with the Ministry of Climate Change and Environment, FEDS had undertaken a massive drone seeding initiative in 2019 that saw the planting of 250,000 Ghaf seeds and 6 million Samar seeds in 150 square kilometres of land in a few days—a process that used to take decades to complete through traditional farming methods. This feat has made the UAE one of the very first countries in the world to conduct a drone-planting project on such an expansive scale.

“With the changing calls of our time, such as the repercussions of COVID-19 ringing in amongst nations to produce more of what they eat, countries see the need to explore newer solutions to boost their agricultural sector. If we look at the future of farming in the UAE, drone systems would be as common as tractors, unleashing the benefits of precision agriculture to ramp up farming,” Bou Rashid said.

Food security has always been a key focus of the UAE. The country ranks 21st globally in the latest Global Food Security Index 2019 report, achieving a 10-place leap from 2018, and besting other nations in the West and in the Middle East.

With the existence of drones in examining vast array of farmlands in a matter of days, farmers can boost mobilisation in agriculture in a much shorter span of time, thereby increasing local food production at a stauncher pace, according to Bou Rashid.

“From capturing aerial imagery to assess plant health, weeds and assets, to determining the optimum areas for crop growth, drones become an eye in the sky for agriculture. As we speak, drones flying across acres of land optimise the use of inputs such as seeds, fertilisers and water in an efficient and speedy manner. Not only do they save time and scarce resources, they also secure high-yield and quality crops,” he explained.

Citing Market Study Report, Bou Rashid pointed out that the agriculture drones’ market is estimated to reach $8 billion by 2026, which clearly indicates that drones will be highly employed in the agricultural sector, especially in countries such as the UAE, where AgTech is seen as a catalyst for increased food production.

Through decades, the resources available to the agriculture sector across the UAE have grown significantly. From only having 634 agriculture holdings in 1971, it had grown 38-fold to 24,018. Over the same period, available arable land had increased from 22,377 to 749,868 dunums (a dunum is roughly 0.1 hectare), due to the country’s relentless efforts to support local farmers in the adoption of new farming technologies that now see the inclusion of drone systems.

Moreover, FEDS underscored that with Dubai’s new drone law that eliminates a major barrier in utilising the full potential of drones in various sectors including agriculture, it will become much easier for this technology to further propel the country’s food security goals.

“The new drone law mirrors the UAE’s tenacious drive to thrust science and technology, reaching greater heights that will bring in vast opportunities across various sectors—most especially agriculture. There is no doubt that the government’s interest in drones will bring about tremendous advancement in its food security initiatives,” Bou Rashid said. 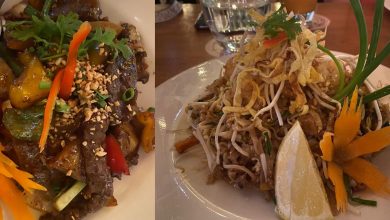 Experience authentic Thai feast at the heart of Dubai 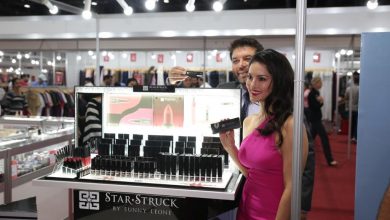 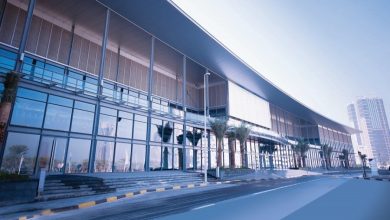