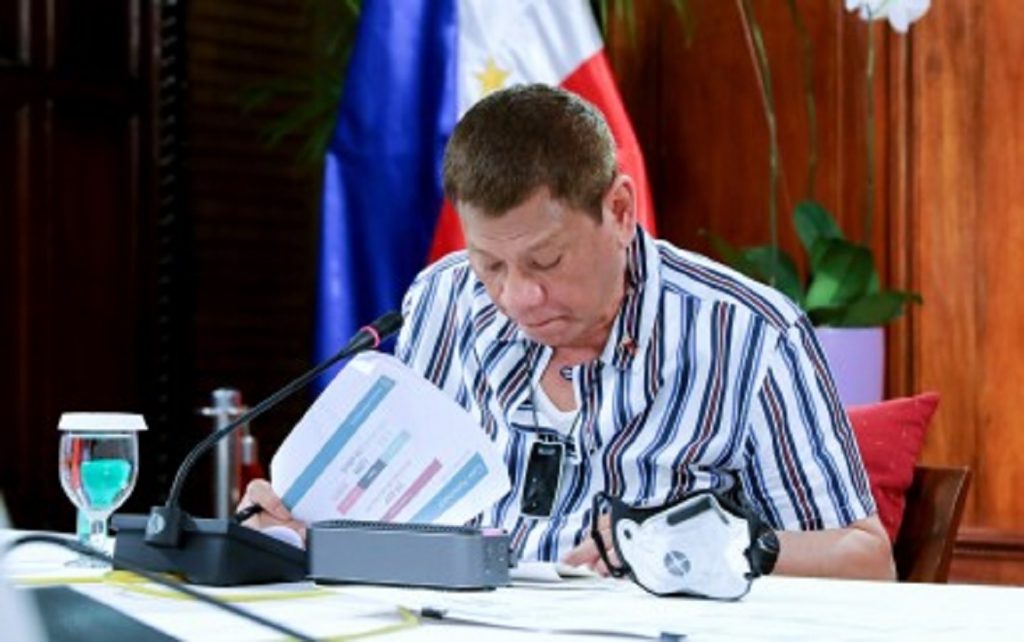 President Rodrigo Duterte has signed the anti-terror bill into law amid intense opposition and criticisms from various public figures and citizens.

In a text message to Philippine reporters, Interior Secretary Eduardo Año confirmed that the president has enacted the bill into law—now known as the Republic Act No. 11479 or the Anti-Terrorism Act of 2020.
Presidential Spokesperson Harry Roque said in a statement that the new law mirrors the administration’s goal to eradicate terrorism in the country.
“The signing of the aforesaid law demonstrates our serious commitment to stamp out terrorism, which has long plagued the country and has caused unimaginable grief and horror to many of our people,” he said.
READ ALSO: President Duterte awaits inputs from legal advisors on anti-terror bill
The new law aims to outlaw incitement of terrorism via speeches, proclamations, writings, emblems, banners, and any other representations. It will also allow authorities to detain suspects for up to 24 days without an arrest warrant or an official charge.
The Anti-Terrorism Act of 2020 will also designate an anti-terrorism council that would decide who the suspected terrorists are, and arrest or put them under surveillance.
“Terrorism, as we often said, strikes anytime and anywhere. It is a crime against the people and humanity; thus, the fight against terrorism requires a comprehensive approach to contain terrorist threats,” Roque added in the statement.
The bill was widely opposed by lawyers and human rights advocates, warning that once signed into law, it could be used to silence dissent among citizens.
The administration’s officials, however, said that the bill was stemmed due to the terror acts done by groups such as Abu Sayyaf.
SEE ALSO: President Duterte awaits vetting from local officials for anti-terror bill