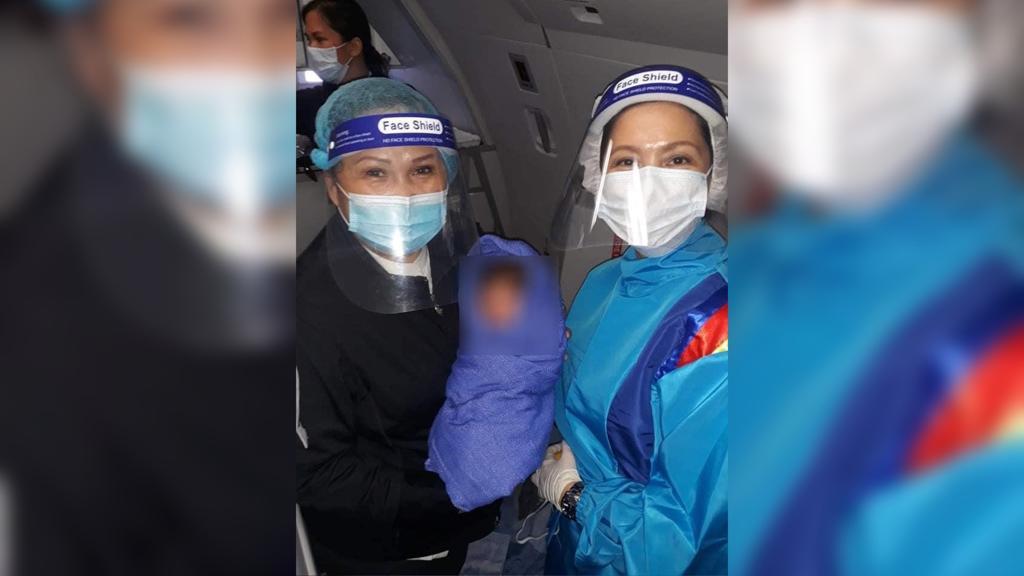 Officials from Philippine Airlines confirmed that a baby boy was delivered inside a plane on a repatriation flight from Dubai to Manila on June 6.

In a Facebook post by PAL spokesperson Cielo Villaluna, she shared that the plane’s cabin crew helped deliver a baby boy 38,000 feet above ground.


“This was the winning formula which enabled the cabin crew team of a PAL Manila-bound flight from Dubai to successfully bring into this world a healthy baby boy,” she said, adding that the PAL cr ew is trained to deal with these in-flight situations.
In a separate Facebook post, the flight’s pilot Fidel Guzmán Ala said that since there was no doctor on board, he had to call one through a satellite phone and relayed all the doctor’s instructions to the cabin crew delivering the baby.
“To me, that felt a tad terrifying. One misinterpretation of the doctor’s instructions would spell out a person’s doom or destiny. I had to ask and re-ask the doctor on the line if I understood him correctly. I now recognize the efforts of those who went through medical school. Who would have thought that in my lifetime, I would have to relay the step-by-step procedure and instructions for cutting an umbilical cord? I had to draw a diagram and re-ask the doctor again and again just to be sure,” he said.
He added that the baby was named Ali, an Arabic word that means “elevated” or “most high.”
Earlier, reports stated that the flight made an emergency landing in Bangkok, Thailand after alleged reports that a Filipina on board delivered a baby mid-air.
PAL earlier resumed both domestic and international flights starting June 1 to cater to expats going back to their host countries, as well as Filipinos going home to the Philippines.
SEE ALSO: PAL repatriation flight makes emergency landing in Bangkok