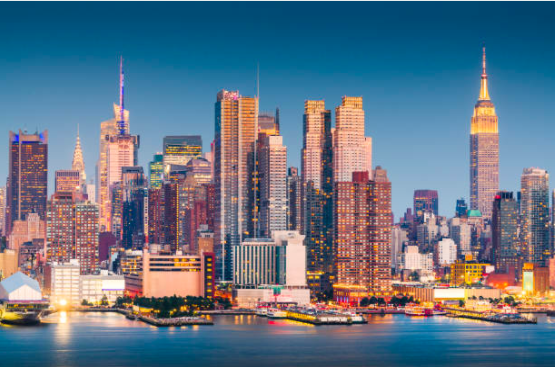 New York City has been placed under a new curfew until June 2 following the attack of looters on high-end retail shops.
Prior to the newly adjusted curfew—which was set from 8 PM to 5 AM—looters have been targeting upscale stores in Manhattan including Michael Kors, Nike, Lego, Best Buy, and Macy’s.
According to the city Mayor Bill de Blasio, numerous stores suffered damages and that the situation was “really not acceptable”—a reason he has adjusted the start of the curfew to 8 PM from 11 PM.
READ ALSO: Thousands swarm streets in global protests against George Floyd’s death
“We support peaceful protest in this city. But right now it’s time to go home. Some people are out tonight not to protest but to destroy property and hurt others — and those people are being arrested. Their actions are unacceptable and we won’t allow them in our city,” the New York Times quoted him as saying.
Authorities also reported that hundreds were arrested as a result of the looting.
Aside from New York, 40 other cities in the US have imposed curfews following the violent protests of hundreds of people for the death of African-American George Floyd in Minnesota—who was killed reportedly because of police brutality.
READ ALSO: Who is George Floyd and why are people protesting in the streets about him?