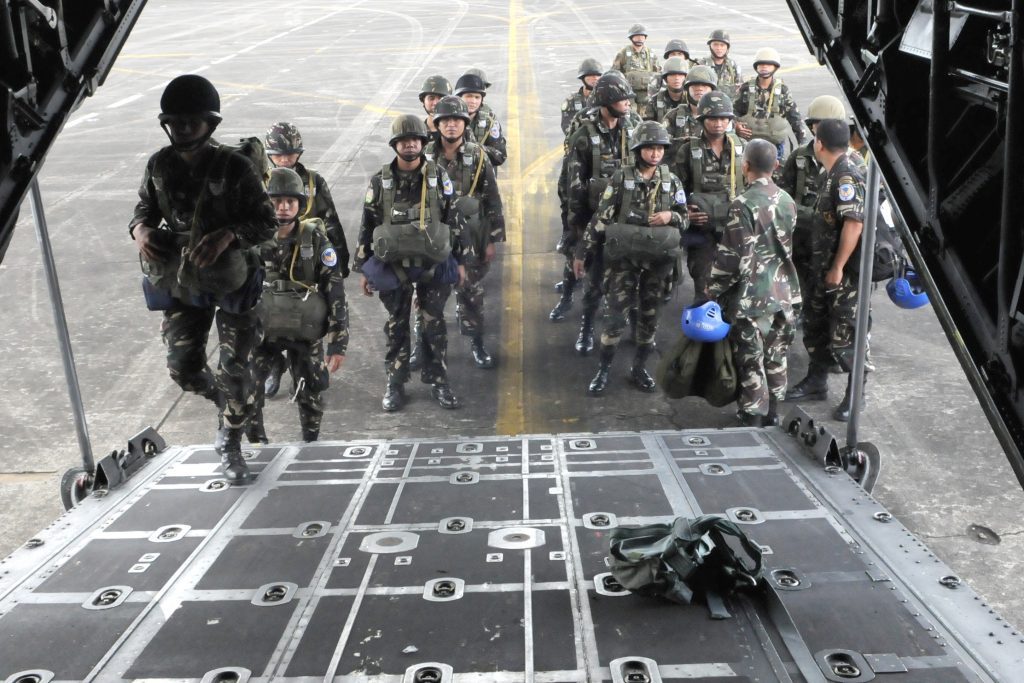 The Armed Forces of the Philippines is making the necessary preparations after President Rodrigo Duterte threatened to impose martial law-like lockdown if Filipinos continue to violate the rules of the enhanced community quarantine.
AFP spokesperson Brigadier General Edgard Arevalo confirmed that a Philippine Air Force (PAF) internal memo has been issued, which advises troops to “prepare for strict implementation of extensive enhanced community quarantine where the AFP will be the overall in-charge along roads and highways.”
READ ALSO: Duterte on Luzon quarantine: ‘This is not martial law’
However, he said that there is still no official order from the president, and that it is only “natural” for the military to prepare for such circumstances to be able to anticipate any scenarios following the warning.
“Sa ngayon wala pa na namang utos ang Pangulo na mag-deploy na. But it is incumbent and customary on the part of the leadership of the Philippine Air Force, and the AFP under General Felimon Santos Jr, for that matter, to exercise its initiative of alerting and preparing our personnel including ROE (rules of engagement),” he said in a statement, adding that there is nothing to be alarmed about.
Arevalo also warned the public over continuous violation of the enhanced community quarantine rules, saying that health protocols must be strictly enforced to prevent the spread of the disease
“What we should all be alarmed about instead is the fact that a lot of people are blatantly violating the law and disobeying the rules and health protocols which must be strictly enforced – otherwise people die,” Rappler quoted Arevalo as saying.
He added that the military is currently assisting local government during quarantine through helping the police guard checkpoints and several major national quarantine facilities, as well as deploying its trucks, planes, and vessels to transport medical equipment and relief goods.
The enhanced community quarantine in Luzon is set to end on April 30.
SEE ALSO: Martial Law not an option during COVID-19 pandemic, says Nograles

‘It’s time to give back to UAE’: Meet Pinoy volunteers at Expo 2020 Dubai

Sara Duterte thanks supporters for funding ads about her