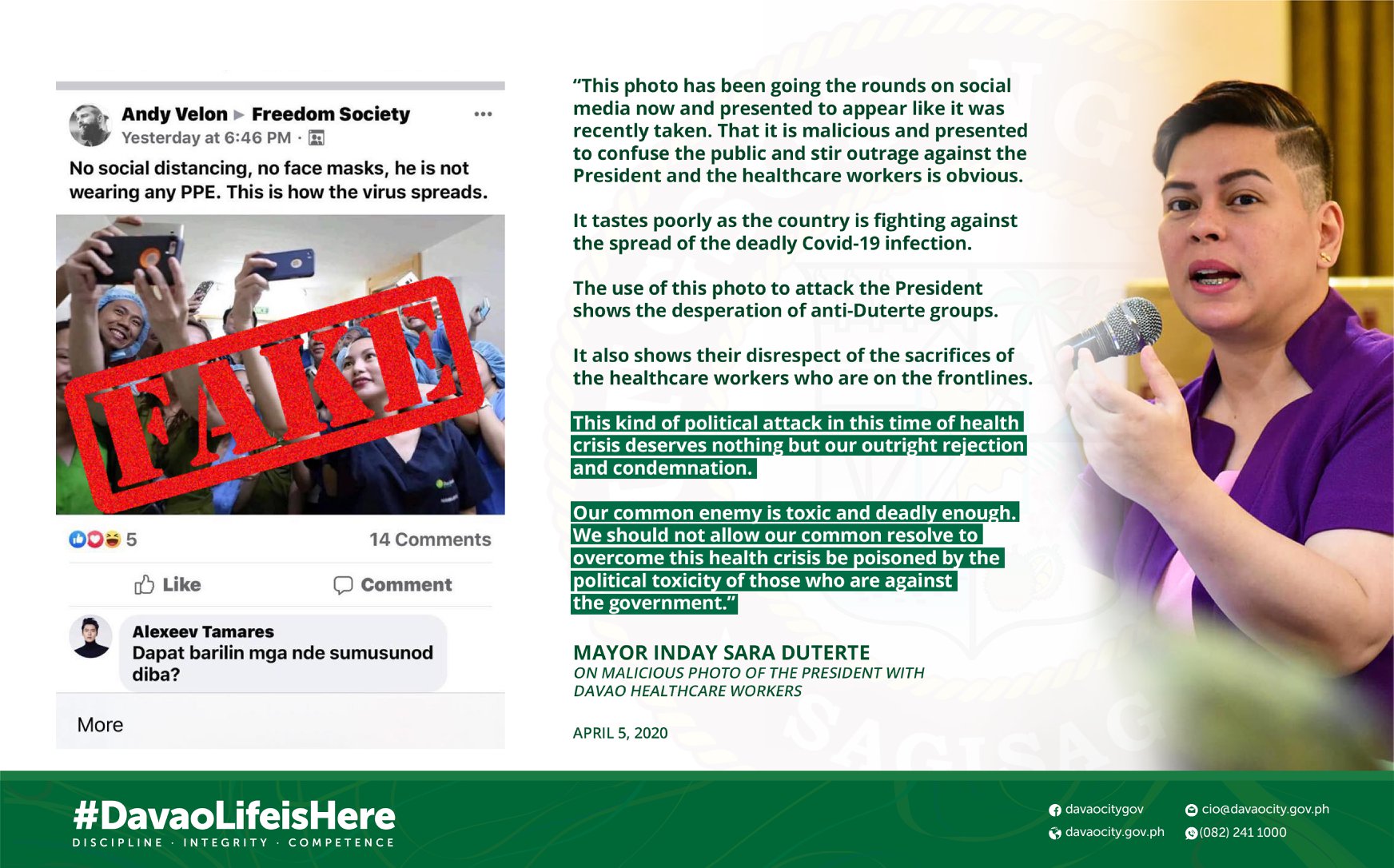 Davao City Mayor Sara Duterte condemned the malicious photo of President’s photo circulating on social media, which showed the President apparently violating physical distancing measures.
According to the Presidential daughter, the photo, which is widely criticized on social media, was presented to appear that it was recently taken to stir outrage, as per a report from Inquirer.
“This photo showing President Rodrigo Duterte in a spontaneous selfie session with some healthcare workers was taken early in March 2017 in Davao City — when he visited a private hospital after his grandchild, Stonefish, was born,” she explained.
RELATED STORY: Duterte to donate one-month salary to help COVID-19 fight
“That it is malicious and presented to confuse the public and stir outrage against the President and the healthcare workers is obvious,” Duterte said in a statement posted on the city government’s official Facebook page.
She said the use of the photo to attack the President amid the ongoing health crisis showed the desperation of opposition.
“It tastes so poorly as the country is fighting against the spread of the deadly COVID-19 infection,” Duterte said.
READ ON: Duterte defends Robredo on COVID-19 efforts, fires PACC official
“It also shows their disrespect of the sacrifices of the healthcare workers who are on the frontlines,” she added.
The mayor further added that the malicious move deserves nothing but the outright rejection and condemnation and urged the public not to let political toxicity of those who are against the government.
” We should not allow our common resolve to overcome this health crisis be poisoned by the political toxicity of those who are against the government,” she said. 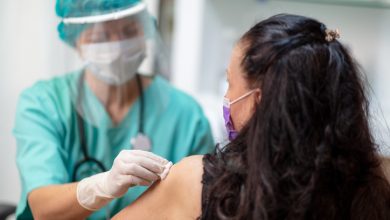