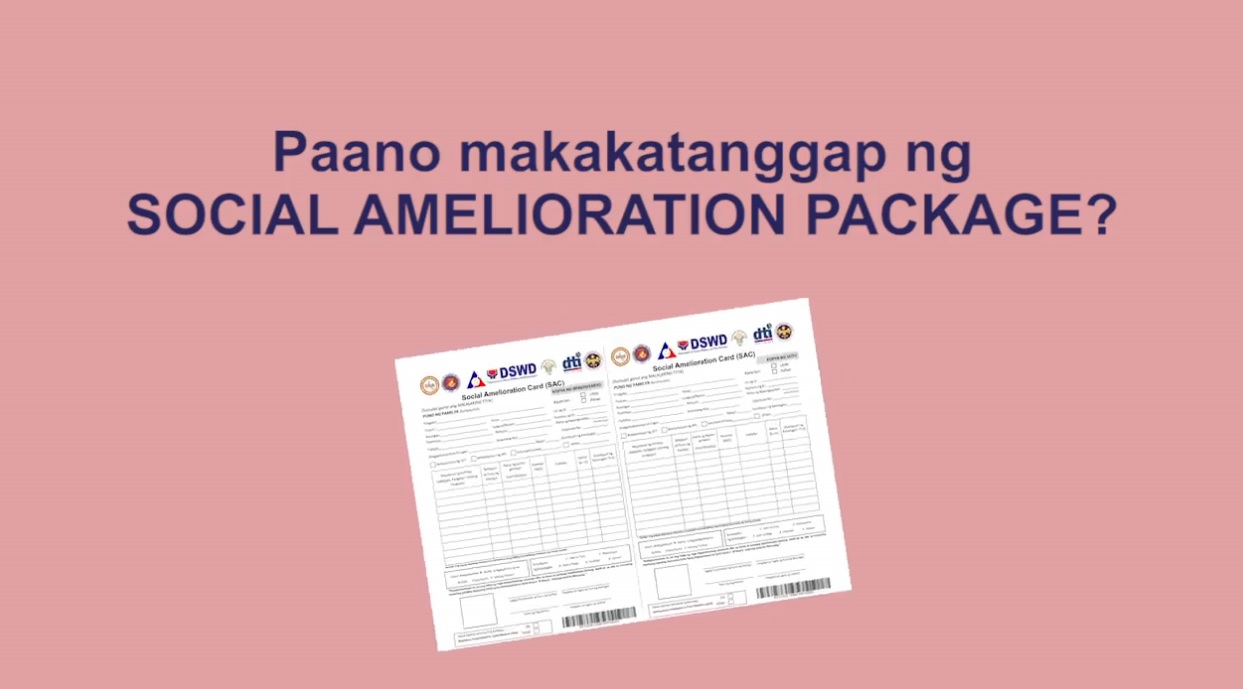 The Department of Social Welfare and Development is now preparing for the distribution of cash and kind assistance to 24.6 million households in the Philippines to alleviate the financial burden brought about by the government travel restrictions to stop the spread of COVID-19.

The head of the family shall fill out the SAC forms and should completely filled out the required information, written in big letters.
RELATED STORY: Every household in the Philippines to receive Php5,000-Php8,000 dole outs for 2 months

In the form, the head of the family is asked for details such as he number of individuals in the household, occupation of every individual and average income.

Beneficiaries may be asked to show proof of status such as senior citizen’s ID for senior citizens or barangay certification for homeless persons, DSWD spokesperson Irene Dumlao said.

The DSWD clarified that the SAC form is not an application form. It is simply their “validation tool” and will be used as basis of the government, who among the population is in dire need of social amelioration assistance.

Earlier, the  Inter-agency Task Force for the Management of Emerging Infectious Disease (IATF-EID) has already set Php5,000 a month for two months for the 6.6 million families from the formal sectors or whose head of the family is a regular employee.