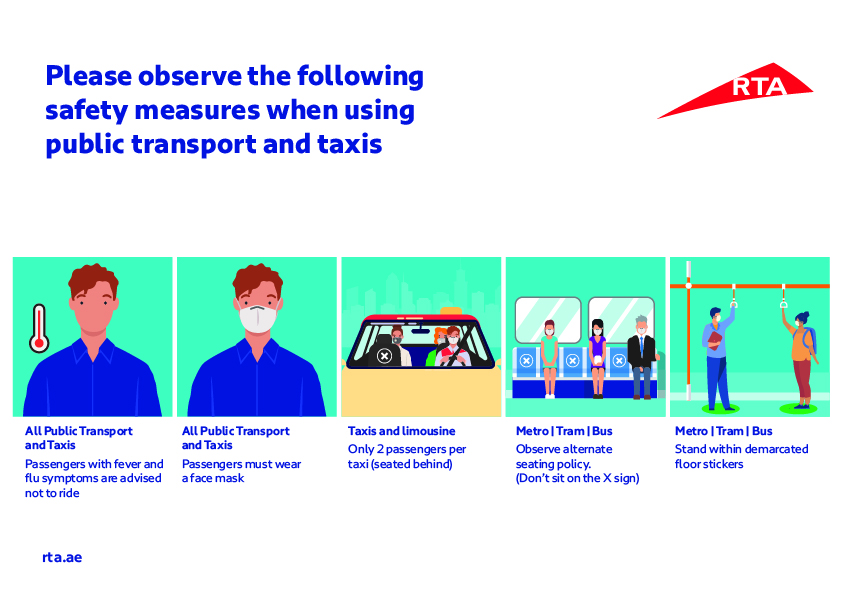 (WAM) — As part of precautionary measures against the novel coronavirus, COVID-19, Dubai’s Roads and Transport Authority, RTA, announced several proactive and preventive measures to protect the health of public transport riders.
Measures taken include controlling the number of riders per metro/bus to maintain a safe distance between riders. Bus doors will be controlled by the driver. The front/middle doors will be opened, and the rear door will remain shut. Moreover, the number of taxi riders has been limited to two per taxi (in the rear seat).
RTA has also increased the number of journeys and stepped up the service frequency of Dubai Metro. Furthermore, all bus shelters in Dubai have been closed temporarily as part of precautionary steps. The objective of these measures is to ensure healthy and safe transit services at the highest global standards and enforce social distancing among passengers.
RTA has called on public transport riders not to use public transport unless necessary; plan their journeys in advance to avoid peak hours, as delays are expected due to the new measures taken; and cooperate with the supervisors deployed at bus and metro stations or on board these modes. It has also urged them to use personal protective equipment while moving around in public areas.