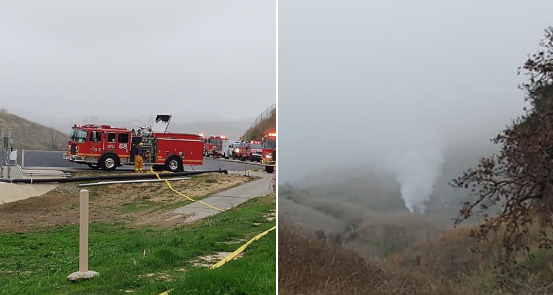 The Los Angeles County coroner’s office reported that remains of the nine people who died in the helicopter crash with former NBA player Kobe Bryant have been retrieved, the Agence France Presse reported.
There were three bodies retrieved from the wreckage on Sunday, the day of the crash while the remaining six retrieved on Monday.
The remains were transported to the department’s forensic science center.
Bryant, 41, was traveling with his 13-year-old daughter Gianna and seven others when the Sikorsky S-76 slammed into a hillside in thick fog in Calabasas, northwest of Los Angeles.
The group was on their way to Bryant’s Mamba Sports Academy in Thousand Oaks, where his daughter, Gianna, was set to play.
READ MORE: What we know about Kobe Bryant’s Sikorsky S-76 helicopter
READ MORE: BREAKING: Crash investigators reveal Kobe Bryant’s helicopter has no black box