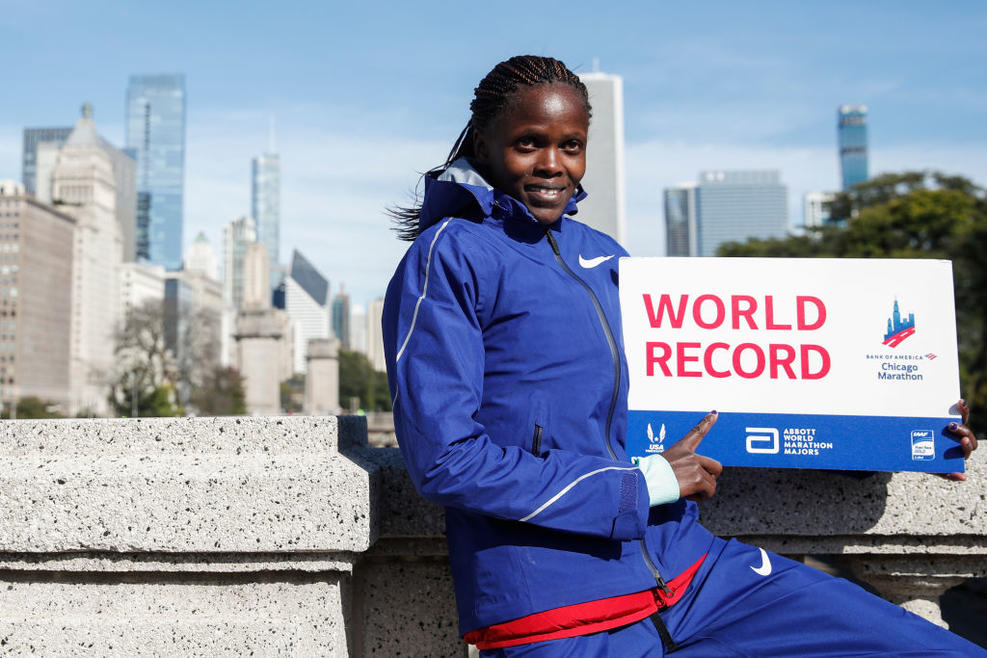 Filipinos planning to join in this year’s Ras Al Khaimah Half Marathon 2020, the world’s fastest half marathon, will witness the participation of world record holders on its 14th edition happening next month, Friday, February 21, 2020.
Those who have yet to register can take advantage of free race pack deliveries within the UAE for runners that register before the end of January. They can also participate in free training sessions held in Dubai and Ras Al Khaimah.
Here’s a glimpse of the world-class elite runners expected to participate:
Women’s Race
Having smashed Paula Radcliffe’s marathon world record by a staggering 81 seconds last year in Chicago with a time of 2:14:04, the star of the women’s field will be Brigid Kosgei from Kenya. After an incredible 2019 where she won every single race she competed in, including the London Marathon and Great North Run where she set impressive times of 2:18:20 and 64:28* respectively, she will begin her all-important preparations for the 2020 Tokyo Olympics in Ras Al Khaimah.
Commenting on her participation in the race, Kosgei said: “I am really excited to come back to the Ras Al Khaimah Half Marathon after 2 years. My only experience in that race was in 2018 when I came in seventh in 66:49. I know that this year the line-up is one of the best ever for a half marathon and I really hope to run fast.”


Expected to set a quick pace over the 21.1 KM course, Kosgei will need to see off stiff competition from a stellar field on Marjan Island, including the winner of the recent Comrades Marathon, South African Gerda Steyn.
Steyn kicked off her running journey in the UAE with the Desert Road Runners club and distinguished herself by becoming the first woman to complete the Comrades ultramarathon in under six hours. She has marked a new personal best of 02:27:48 for the full marathon in New York in 2019 which earned qualification for Tokyo Olympics.
Men’s Race
In the men’s race, Kenyan Benard Kimeli, who clinched back to back titles at the Prague Half Marathon in 2018 and 2019, and holds a personal best of 59:07, is aiming to take the crown in Ras Al Khaimah and improve on his electric pace. The competition will be fierce as world-beating athletes will join him at the start line, including Mosinet Geremew – one of only five men to complete a marathon in under two hours and three minutes – and the European record-holder for the half marathon, Julien Wanders of Switzerland, who set a time of 59:13 in Ras Al Khaimah last year. In total, ten of the elite athletes in the men’s race hold personal best times under 59:30, promising the mouth-watering prospect of more records falling.
Andrea Trabuio, Race Director, commented: “Having such outstanding profiles eager to run in the Ras Al Khaimah Half Marathon does not just reinforce the race’s high-profile reputation on the global stage, but will inspire residents to give it their all in this race as they run side-by-side with world-class athletes.”
Training Sessions and Registration
With the race day approaching, training sessions have already kick-off in Dubai and Ras Al Khaimah this month. In Dubai, they run every Monday at 7:15 pm at Dubai Sports City Track from 13th January to 10th February, and every Wednesday at 6:15 am at Umm Suqeim Beach from 15th January to 12th February with the meeting point being at the start of the running track at the 0 KM mark. Additionally, Fitness First will offer training sessions at Dubai’s Autodrome in Motor City every Wednesday at 7:00 pm from 22nd January to 12th February with the meeting point being at Parc Ferme just outside the Tech Bay garage.
Ras Al Khaimah sessions will take place every Friday at 8:00 am from 17th January to 14th February on Al Marjan Island with the meeting point being the kid’s playground area near the Salt food truck.
A variety of race categories are open for registration to cater to all fitness levels; the 21.1 KM half marathon, Relay Team of four, 5 KM and a family friendly 1 KM Fun Run. Additionally, a two-person relay race format will be rolled-out for the first time this year, allowing teams of two to compete in a timed format. A special corporate bulk discount is available for groups, making this event an ideal team bonding activity.
Half Marathon runners will be competing for a prize purse of AED 1,219,000 distributed across the front-runners of elites as well as the UAE National and age group categories.
Registration will remain open until the 15th February whereas bookings for bus services to Ras Al Khaimah from Sharjah, Dubai and Abu Dhabi can be made during registration until the end of January through the website: www.therakhalfmarathon.com. All runners that register before the end of January also secure free race pack delivery within the UAE.
Participants can enjoy an array of exclusive offers on the iconic Al Murjan Island across several of Ras Al Khaimah’s best hotels and attractions offering an ideal action-packed weekend in the recently named ‘Gulf Tourism Capital’.