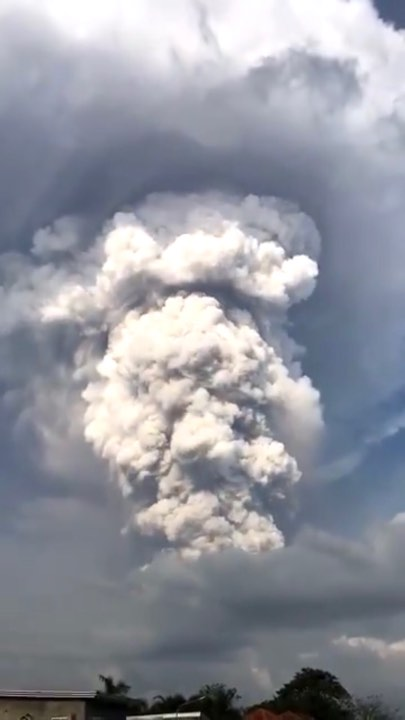 Almost 600,000 people fled to safety amid the eruption of the Taal volcano in Batangas according to the provincial government.
In a report by GMA News, the residents in the Taal Volcano Island, as well as areas within the 14-kilometer radius from the main crater, sought a safer place due to the threat of base surge and volcanic tsunami should the imminent hazardous eruption occurs.
As of 5 a.m. of January 16, 2020, 53,000 people seek shelter in evacuation centers but the figure will go higher if those individuals who were being hosted by their relatives will be included, according to Batangas Governor Hermilando Mandanas.
“Ang nakalikas na ay nasa halos 600,000 na,” Mandanas told GMA News.
Most of the displaced individuals went to their extended families in safer places in Batangas, Cavite, Laguna, Quezon, Mindoro, and Metro Manila.
Meanwhile, around 217 evacuation centers were accounted for by the National Disaster Risk Reduction and Management Council (NDRRMC). These are located in the towns of Alitagtag, Balayan, Batangas City, Bauan, Calaca, Calatagan, Lian, San Pascual, Sto. Tomas, and Tuy in Batangas; and Alfonso and Tagaytay City in Cavite.
As of January 15, 2020, six towns were placed under lockdown while mandatory evacuation is in effect over 14 areas in Batangas.
Alert level 4 or imminent hazardous eruption is still hoisted in the Taal volcano.