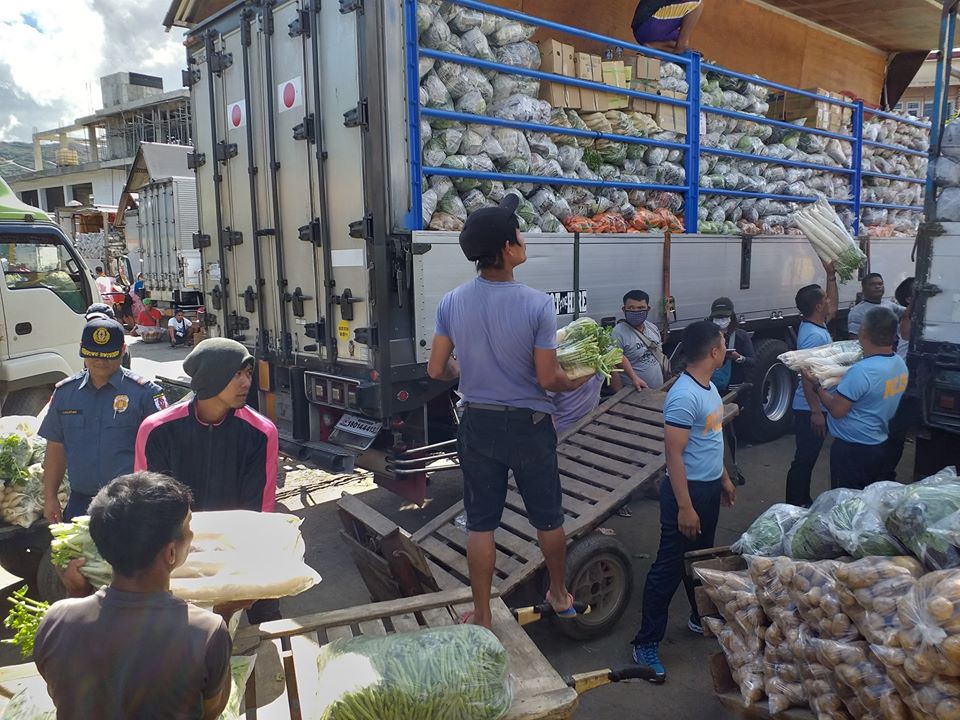 The farmers from Mount Pulag in Benguet opted to donate their harvest for the victims of eruption of Taal volcano on Sunday, proving that the spirit of Bayanihan gets stronger during times of calamity.
The farmers were hit with inflation, oversupply, typhoons and frost bites in the recent years prompting them to sell their products at lower prices.
But that didn’t prevent them from helping their fellow Filipinos who were displaced due to the Taal Volcano’s unrest and eruption.
According to the Facebook post of La Trinidad Municipal Police Station, the farmers sent a truckload of various vegetables intended for the evacuees in Batangas.
The authorities expressed their gratitude for the farmers who did not hesitate to provide their crops despite the challenges they had faced.
“Salamat sa mga magsasaka dito sa Benguet. Ang inyong mga donasyong gulay ay makaka-abot sa Batangas. Ang mga busilak niyong puso para tumulong sa mga biktima ng ash fall ni Bulkang Taal. Alam namin na mahirap magtanim ng gulay at tamaan pa ng mababang presyo pero di kayo nagdalawang isip magbigay,” the La Trinidad police said in their post.
The farmers told Inquirer they are planning to send another batch of vegetables for evacuees which will be delivered by January 24.
Aside from vegetables they are also eyeing to give other necessities such as bottled water, medicines, clothes and canned goods.