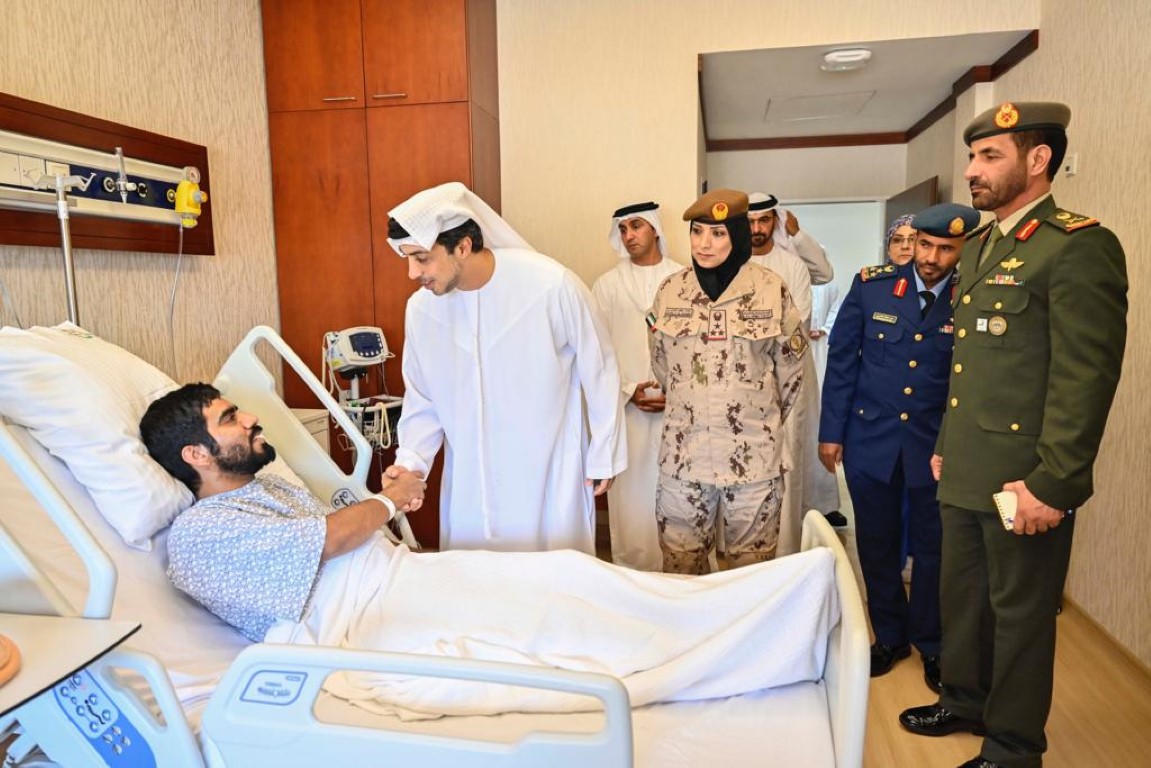 A number of Armed Forces servicemen who were admitted at Zayed Military Hospital in Abu Dhabi were visited by no less than H.H. Sheikh Mansour bin Zayed Al Nahyan, Deputy Prime Minister and Minister of Presidential Affairs on Sunday.

He visited them as a way also of paying tribute to the sacrifices they’ve made for the country, according to a report by Emirates News Agency (WAM).

“You are models of pride. Future generations will remember these acts of bravery, and learn from the values of giving and sacrifice you have made during your national duty that reflect your pride and love for the homeland,” he said while he was talking to these servicemen.

They were admitted at the hospital after they got wounded while performing their national duty during operations.