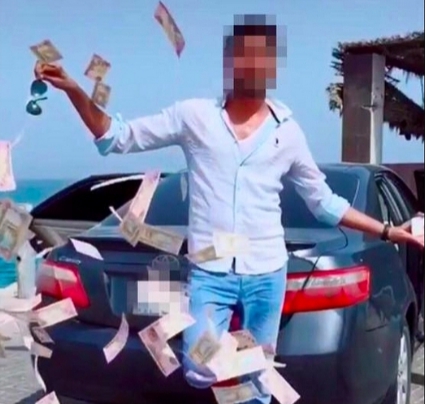 Dubai Police arrested the man throwing money into the air in Dubai.

The Asian man admitted that he did the social media stunt to gain more followers on social media.

It was not disclosed if the bills in his video were dirhams or other currencies.

This, he said, goes against local values, traditions and cultures.