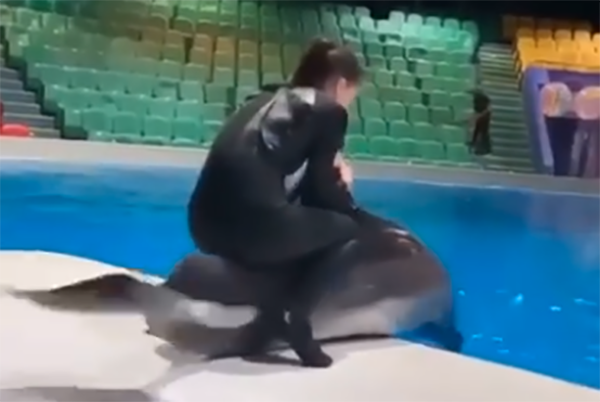 Dubai Dolphinarium has launched a probe on the video of a young woman sitting at the back of a dolphin at the poolside.

The video sparked public outcry with people condemning the behavior.

“The management is investigating the video. We cannot talk about the video while the investigation is ongoing,” Dubai Dolphinarium told The National.

The attraction offers personal encounter with the sea creature, visitors can kiss, hug and dance with dolphins but they are not allowed to ride the mammal.

“The video was uploaded by one of the facility’s dolphin trainers of another trainer sitting on top of a captive dolphin on a slideout, an action that can put serious stress on their bodies,” UAE Dolphin Project said in a statement.

The account owner deleted her account but netizens are quick to point out the inhumane behavior toward the dolphins.