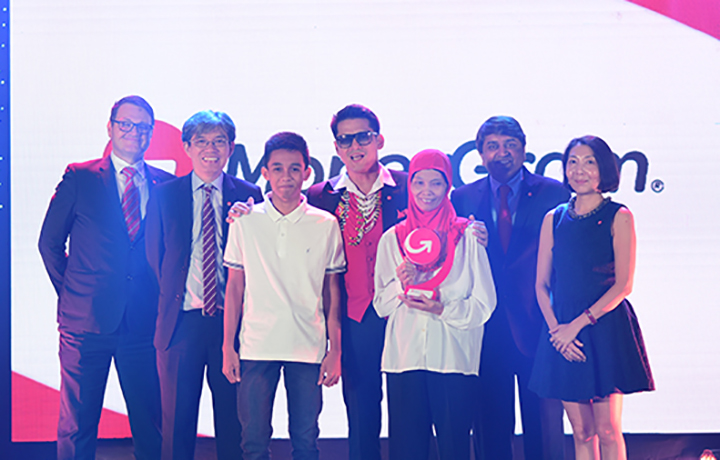 FELY Omar sells all kinds of dry goods in Rizal, Palawan— from canned goods to RTWs and school uniforms—you name it. There are days when business is sluggish, and she can’t afford to buy her own food or feed her ten grandchildren.

Good thing her son, Farouk Omar, is working in a gulf country and sends her money for their day-to-day needs.

Just like Fely, millions of Filipinos dependent on income from their loved ones overseas spend most of their remittances on food.

A Consumer Expectation Survey in 2012 conducted by the Bangko Sentral ng Pilipinas showed that 95 percent of OFW households spend remittances on food.

Aside from food, most OFW households have higher propensity to send their children to school, afford medical expenses, and make home improvements, compared to families who are not dependent on overseas income.

This proves that the overarching reality is that the family remains the priority of OFWs.

This is the reason MoneyGram, one of the leading money transfer companies in the Philippines, is giving tribute to OFWs and their families every year through the MoneyGram Idol Awards.

Sabrina Chan, MoneyGram’s Marketing Lead of Asia Pacific, explains the value of the annual event the company puts together. Held last June 28, 2019 and already on its third year, she explains, “we wanted to find ways to give back. The idea of the MoneyGram Idol Awards came about as an opportunity for us to value [the OFWs and their families] because they are truly the winners, being idols both as senders and receivers.”

Farouk Omar is one of the eight lucky customers who were feted recently in an awards ceremony led by action star Robin Padilla.

He added that while MoneyGram fully supports this financial advocacy, OFWs and their families are encouraged to manage their finances well by saving their money and investing them.

Being named as poster boy of Philippine Agriculture, Padilla said OFWs can look into farming as an investment alternative.

For MoneyGram, at the end of the day, what is important is that the OFWs are be able to enrich the lives of their families not only now but also in the future.