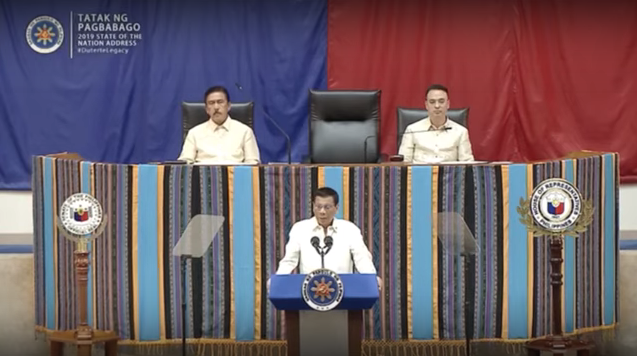 In his fourth State Of the Nation Address (SONA), Duterte said the problem on illegal drugs persists and corruption remains in government.

“I am aware that we still have a long way to go in the fight against this menace,” Duterte said in his speech held at the Plenary Hall of Batasang Pambansa.

The President insisted that now more than ever should the death penalty should be restored to put an end on these perennial government problems.

“That’s the reason why I advocate the imposition of death penalty for crimes in relation to illegal drugs,” Duterte said.

“I respectfully request Congress to reinstate the death penalty for crimes related to drugs and plunder,” Duterte added.